Here's my reading list for the brilliant and thought provoking Julia Golding. 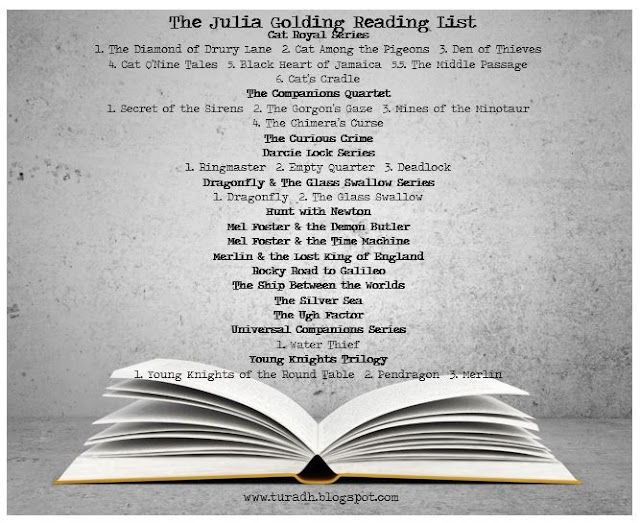 I've only managed to read one of these books so far - check out my "What I Learned" review for The Curious Crime. 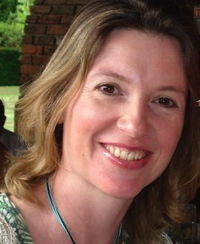 Julia's journey to becoming an author has been a roundabout one, taking in many other careers. Growing up on the edge of Epping Forest Julia was that dreamy kind of child who was always writing stories. After reading English at Cambridge, Julia decided to find out as much as possible about the wider world so joined the Foreign Office and served in Poland. Her work as a diplomat took Julia from the high point of town twinning in the Tatra Mountains to the low of inspecting the bottom of a Silesian coal mine.
On leaving Poland, diplomacy was exchanged for academia and Julia undertook a doctorate in the literature of the English Romantic Period at Oxford, then joining Oxfam as a lobbyist on conflict issues, campaigning at the UN and with governments to lessen the impact of conflict on civilians living in war zones - a cause about which Julia is still feel very passionate.
Married with three children, Julia now lives in Oxford between two rivers, surrounded by gargoyles, beautiful sandstone buildings and ancient trees.
Julia's first novel, 'The Diamond of Drury Lane', won the Waterstone's Children's Book Prize 2006 and the Nestle Children's Book Prize 2006 (formerly known as the Smarties Prize). She was then chosen by Waterstone's in 2007 as one of their 'Twenty-five authors for the future'. In the US, 'Secret of the Sirens' won the honour book medal of the Green Earth Book Award.
Julia's series about Mel Foster, an intrepid Victorian orphan who lives in a household of monsters won Bronze in the Primary Teacher awards in 2015.