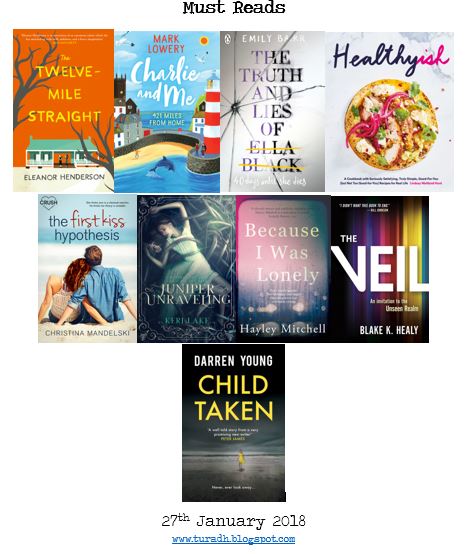 So I need to start by apologising for the BIG gap since my last post - unexpected ended up having a wee stay in the local hospital and have been pretty foggy and yuck since to be honest - but going to try and resume normal service!
Here's a wee list of must reads I will be adding to my To Be Read pile to get me started...
Child Taken by Darren Young How could such a thing happen?But it did happen.I wasn't one of the others, observing.It happened to me.One hot summer's day, two-year-old Jessica Preston disappears from the beach. The police are convinced she drowned, but Sandra Preston won't give up hope that her daughter is still alive.How can she?Twenty years later, another child goes missing, and Sandra is approached by a young journalist who raises questions about what really happened to Jessica Preston all those years ago. But when the journalist discovers someone with an explosive secret, it threatens not only to reveal what's been covered up for so long, but pu…
Post a comment
Read more
More posts