For this Etsy Spotlight I am delighted to feature the fabulous Yvonne Ellen.


About Yvonne Ellen:
Yvonne Ellen homeware is a truly unique range of tableware designed to add charm and intrigue to your home. Yvonne's strong passion for beautiful fine bone china alongside a love of quirky, decorative illustration combines to create the one of a kind ranges within Yvonne Ellen homeware.

The out of the ordinary ranges are perfect for wowing guests at dinner or tea parties, and are guaranteed to get the table talking. Many of the striking designs also look great displayed as wall art, bringing gallery-worthy style to your home.

Yvonne Ellen firmly believes that British is best and that is why every piece is carefully and lovingly designed and made right here in Britain. They also pride themselves on only offering the highest quality products with exceptional attention to detail and finish. They only sell beautiful things that they would absolutely love to own themselves. They truly love w…
Post a comment
Read more 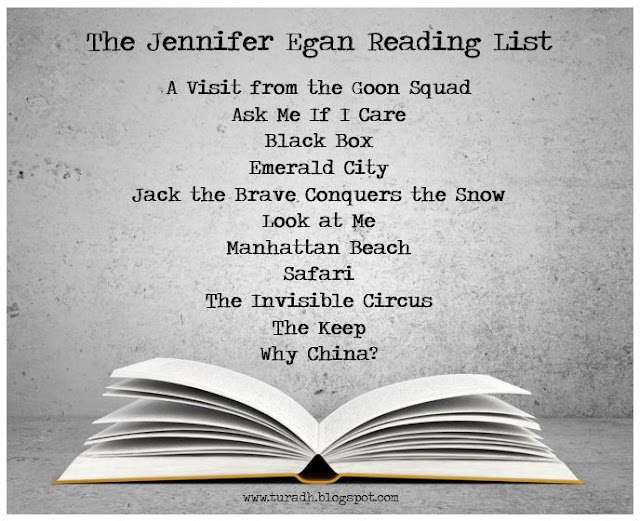 So far I've only ticked off one of these lovelies - here is my review for Manhattan Beach.

About the Author (taken from www.jenniferegan.com)
Jennifer Egan was born in Chicago and raised in San Francisco. She is the author of The Invisible Circus, a novel which became a feature film starring Cameron Diaz in 2001, Look at Me, a finalist for the National Book Award in fiction in 2001, Emerald City and Other Stories and the bestselling The Keep. Her most recent novel, A Visit From the Goon Squad, won the 2011 Pulitzer Prize, the National Book Critics Circle Award for Fiction, and the LA Times Book Prize. Her short stories have appeared in The New Yorker, Harpers, Granta, McSweeney’s and other magazines. She is a recipient of a Guggenheim Fellowship, a National Endowment for the Arts Fellowship in Fiction, and a Dorothy and Lewis B. Cullman Fellowship at the New York Public Library. Her non-fiction articles appear frequently in the New York Times Magazine. Her 2002 cover story on home…
Post a comment
Read more
More posts