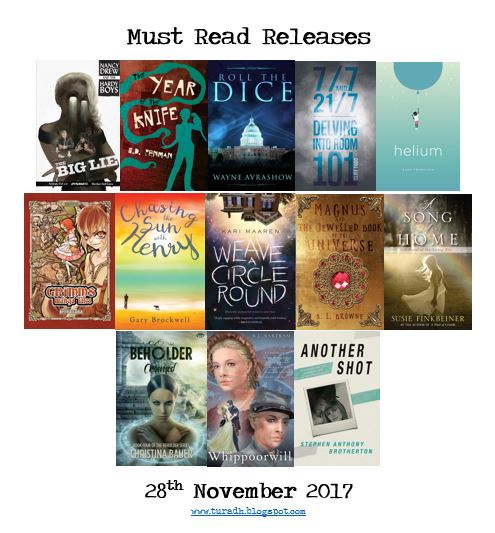 It's publication day!
Happy Book Birthday to the following books today which have been added to my To Be Read pile:
Nancy Drew & the Hardy Boys: The Big Lie by Anthony Del Col A Nancy Drew and Hardy Boys mystery unlike any other you’ve ever read! When the teenage brothers Frank and Joe Hardy are accused of the murder of their father – a detective in the small resort town of Bayport – they must team up with Nancy Drew to prove their innocence (and find the real guilty party in the process) in a twisting noir tale, complete with double-crosses, deceit, and dames. Writer Anthony Del Col (Assassin’s Creed, Kill Shakespeare) and artist Werther Dell’Edera (Batman: Detective Comics, House of Mystery) bring the iconic teen detectives into the modern age, and redefine noir for a new generation of readers!
The Year of the Knife by G D Penman Agent “Sully” Sullivan is one of the top cops in the Imperial Bureau of Investigation. A veteran witch of the British Empire who isn't afra…
Post a comment
Read more
More posts