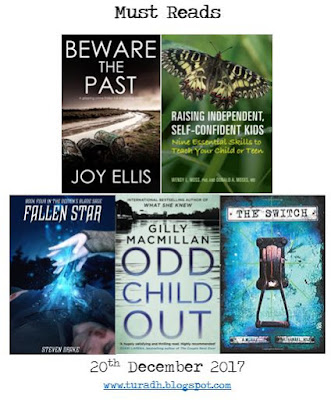 Here are the books I am adding to my To Be Read pile today - another 5 beauties well worth having a look at!
Beware the Past by Joy Ellis A stunning new standalone crime thriller from #1 best-selling author Joy Ellis.  Detective Matt Ballard is haunted by one traumatic case he never solved. In the 1990s three boys were murdered in the same area, the remote and bleak Gibbet Fen. When the main suspect was killed in a hit-and-run, the killings stopped. But Matt was never satisfied that the real murderer had been caught.  25 years later, Matt gets a photo in an unmarked envelope. It’s of the Gibbet Fen crime scene. Taken before the murder.  More photos arrive, relating to the historic murders, and intimate pictures of Matt’s secret relationship.  Another killing takes place, with some of the hallmarks of the old case. Has the killer returned or is this just a sick copycat determined to ruin Matt’s life and reputation? In an absolutely breath-taking conclusion, Matt and his colleagues, race …
2 comments
Read more
More posts