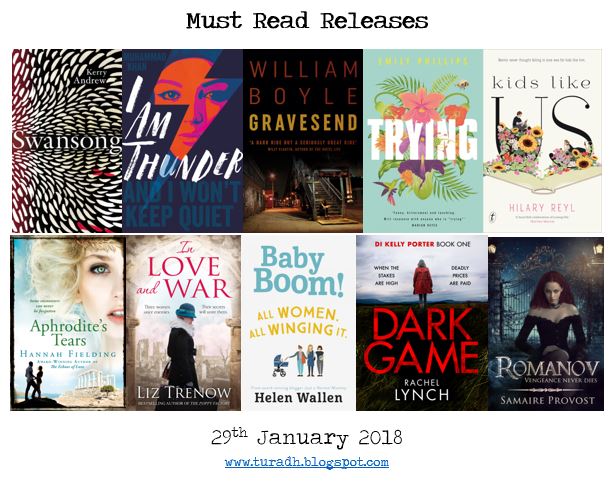 Happy Monday Y'all!  (I've been watching a Netflix series set in Texas, kind of makes me want to up sticks and become a Southern Belle!) Here's my top picks of new releases for today - hope you like them!

Dark Game by Rachel Lynch (General Fiction, Mystery/Thriller) Kelly’s gut turned over as she realised the danger she was in. She heard no sirens. She knew that she was simply collateral. To these men who made a lot of money from the suffering of others, they’d have no problem snuffing her out. After a scandal forces DI Kelly Porter out of the Met, she returns to her home turf in the Lake District. Crimes in the Cumbrian constabulary tend to be of the minor sort, but Kelly begins work on a cold case that shocked the local community – the abduction and brutal murder of ten-year-old Lottie Davies. Meanwhile, Kelly is also investigating two seemingly straightforward crimes: a case involving an illegal immigrant, and a robbery following the death of local businessman Colin Day.…
Post a comment
Read more
More posts