Showing posts from December 8, 2017
Show All 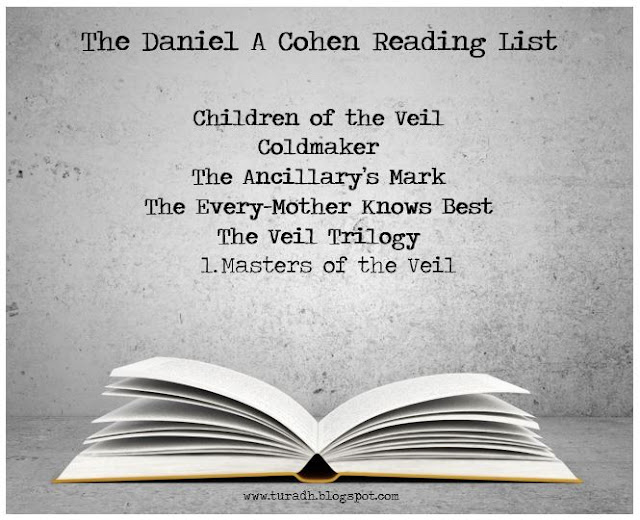 So far I've ticked off one of these books but can't wait to get my hands on the rest.  Have a look at my review of Coldmaker.
About the Author (taken from Goodreads) Having spent most of his life trapped in the frozen tundra of upstate New York, Daniel decided to dream himself somewhere new.
Fantasy worlds became his refuge, giving him a place to escape from the cold and mundane. His first novel The Ancillary’s Mark was published when Daniel was only eighteen, receiving critical acclaim. His second book Masters of the Veil was published by Spencer Hill Press.
In addition to his writing career, Daniel is a semi-professional saxophonist in Austin, Texas, spending his days in front of the page and his nights in front of crowds. Sometimes the crowds cheer, and Daniel often wishes the page would do the same.
Find more information on Daniel A Cohen at: Goodreads Amazon Twitter
If you enjoyed this post have a look at my other Reading Lists. 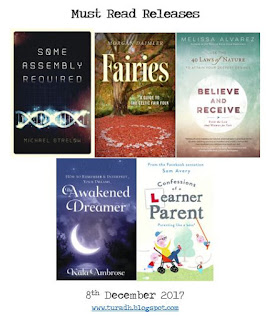 I'm excited to add yet more books to my To Be Read pile!
Some Assembly Required by Michael Strelow Jake hears voices, always has. They've never been a problem as long as he kept them to himself. While on a writing assignment to cover an A.I. convention, Jake reads the paper of a Dr. Sewall. What he discovers is puzzling, incomprehensible, maybe even impossible. Jake visits Dr. S after the convention and finds his creation, Rex - which looks like a bowl of gray-green oatmeal - whose voice somehow mingles with voices Jake has heard all his life. So begins an affair of impossible science. The world becomes funny right on the edge of fearful, the cosmic goof at large, and growing larger...
Fairies by Morgan Daimler A Guide to the Celtic Fair Folk The subject of fairies in Celtic cultures is a complex one that seems to endlessly intrigue people. What exactly are fairies? What can they do? How can we interact with them? Answering these questions becomes even harder in a world…
Post a comment
Read more
More posts