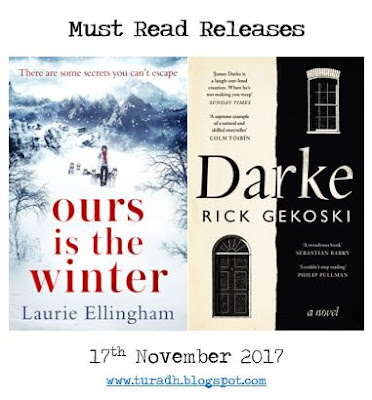 Happy Book Birthday to the following 2 books which I've had to add to my To Be Read pile:

Ours is the Winter by Laurie Ellingham 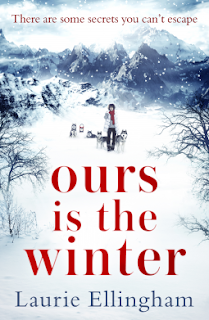 Journeying across the Arctic, their pasts are about to catch up with them.
Erica, Molly and Noah are embarking on the challenge of a lifetime, driving Siberian huskies across the frozen wilderness of the Arctic. Cut off from the world and their loved ones and thrown together under gruelling conditions, it isn’t long before the cracks start to show.

Erica has it all. A loving husband, a successful career and the most adorable baby daughter. But Erica has been living a double life, and as she nears her fortieth birthday her lies threaten to come crashing down.

Molly was on her way to stardom. But when her brother died, so did her dreams of becoming an Olympic champion. Consumed by rage and grief, she has shut out everyone around her, but now she’s about to learn that comfort can come from the most unexpected places.

Noah has a darkness inside him and is hounded by nightmares from his past. Tortured, trapped and struggling to save his fractured relationship, he knows this journey is not going to help, but try telling his girlfriend that.

As their lives and lies become ever more entwined, it becomes clear that in the frozen wilds there is nowhere to hide. 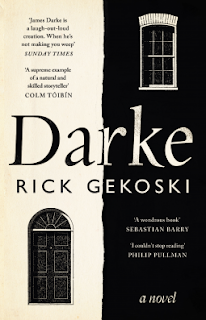 Dr James Darke has expelled himself from the world. He writes compulsively in his 'coming of old age' journal; he eats little, drinks and smokes a lot. Meditating on what he has lost - the loves of his life, both dead and alive - he tries to console himself with the wisdom of the great thinkers and poets, yet finds nothing but disappointment. But cracks of light appear in his carefully managed darkness; he begins to emerge from his self-imposed exile, drawn by the tender, bruised filaments of love for his daughter and grandson.
Rich in ideas and feeling, Rick Gekoski's debut novel is provocative and timely. With scalding prose, ruthless intelligence and an unforgettably vivid protagonist, it faces some of the greatest, most uncomfortable questions about how we choose to live, and how to die.


I'm excited to read both of these books - watch out for my reviews!