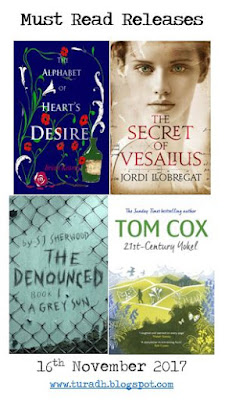 Happy Book Birthday to the following 4 books which I have added to my never ending To Be Read pile:

The Alphabet of Heart's Desire by Brian Keaney 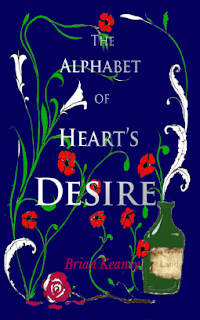 A visitor calls with a gift and a message from the past in this literary, historical novel. In 1802 Thomas de Quincey, a young man from a comfortable middle-class background who would go on to become one of the most celebrated writers of his day, collapsed on Oxford Street and was discovered by a teenage prostitute who brought him back to her room and nursed him to health. It was the beginning of a relationship that would introduce Thomas to a world just below the surface of London's polite society, where pleasure was a tradeable commodity and opium could seem the only relief from poverty. Yet it is also a world where love might blossom, and goodness survive. The lives of a street girl, an aspiring writer, and a freed slave cross and re-cross the slums of London in this novel about the birth of passion, the burden of addiction, and the consolations of literature.

The Secret of Vesalius by Jordi Llobregat 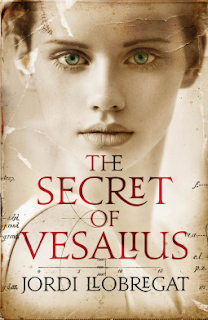 Frankenstein meets The Shadow of the Wind in a Gothic thriller set in the diabolical city of fin-de-siecle Barcelona.

Daniel Amat has left Spain and all that happened there behind him. Having just achieved a brilliant role in Ancient Languages at Oxford University and an even more advantageous engagement, the arrival of a letter - a demand - stamped Barcelona comes like a cold hand from behind.
He arrives back in that old, labyrinthine and near-mythic city a few days before the great 1888 World Fair, amid dread whispers of murders - the injuries reminiscent of an ancient curse, and bearing signs of the genius 16th century anatomist, Vesalius. Daniel is soon pulled into the depths of the crime, and eventually into the tunnels below Barcelona, where his own dark past and the future of science are joined in a terrible venture - to bring the secret of Vesalius to life.

Gothic and gripping, this historical thriller makes of Barcelona a diabolical character - emerging out of the dark into a new electrical age, aflame with spirit, superstition and science. Published in eighteen countries, Jordi Llobregat's bestselling first novel mixes a passionate setting and cryptic mystery into a genre-crossing phenomenon.

The Denounced by SJ Sherwood
Book 1 - A Grey Sun 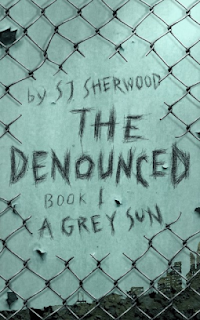 A convicted Denounced, sentenced to Death.

When sixteen-year-old Ned is wrongly convicted and kidnapped to a secret location, he meets ninety ‘Denounced’, and a terrifying truth begins to unfold – one that will change the world forever.
Forced to lead a Pod of five, Ned begins to realise thousands of lives could depend upon him. A survivor by nature, he now has to face his past, confront his destiny, and fight a System that has never lost.

A Grey Sun is the first in a three-part series following six Denounced teenagers as they struggle to live in a world where a simple mistake will cost you your life...

A must read for fans of The Maze Runner, Hunger Games and The Testing 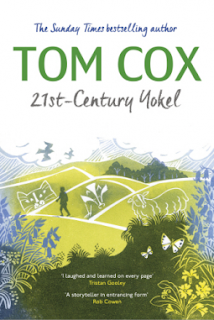 21st-Century Yokel explores the way we can be tied inescapably to landscape, whether we like it or not, often through our family and our past. It’s not quite a nature book, not quite a humour book, not quite a family memoir, not quite folklore, not quite social history, not quite a collection of essays, but a bit of all six.
It contains owls, badgers, ponies, beavers, otters, bats, bees, scarecrows, dogs, ghosts, Tom’s loud and excitable dad and, yes, even a few cats. It’s full of Devon’s local folklore – the ancient kind, and the everyday kind – and provincial places and small things. But what emerges from this focus on the small are themes that are broader and bigger and more definitive.
The book’s language is colloquial and easy and its eleven chapters are discursive and wide-ranging, rambling even. The feel of the book has a lot in common with the country walks Tom Cox was on when he composed much of it: it’s bewitched by fresh air, intrepid in minor ways, haunted by weather and old stories and the spooky edges of the outdoors, restless, sometimes foolish, and prone to a few detours... but it always reaches its intended destination.
The book is illustrated with Tom’s own landscape photographs and linocuts by his mother.


I'm excited to read these books - watch out for the full reviews!