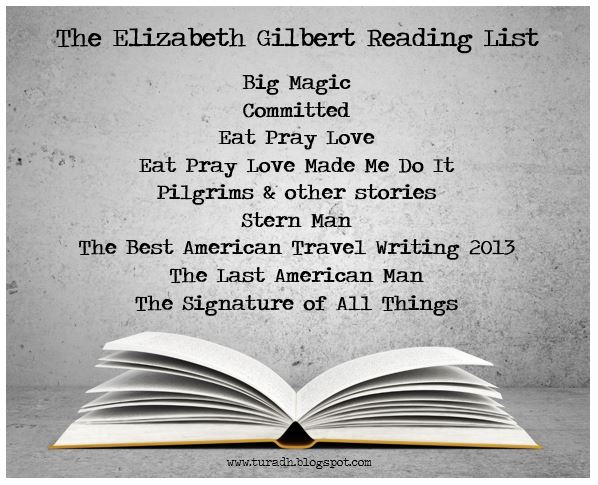 So far I've only ticked off one of these...here is my post on Eat Pray Love

About the author: (taken from Goodreads)

Her memoir, Eat, Pray, Love, spent 57 weeks in the #1 spot on the New York Times paperback bestseller list. It has shipped over 6 million copies in the US and has been published in over thirty languages. A film adaptation of the book was released by Columbia Pictures with an all star cast: Julia Roberts as Gilbert, Javier Bardem as Felipe, James Franco as David, Billy Crudup as her ex-husband and Richard Jenkins as Richard from Texas.

Thanks so much for checking out my list - find a complete list of all my reading lists here.