Not many pictures on this one as the weather was a bit minging, and there weren't many places to stop, but the road wads amazing and I really want to drive this section again!

3.15 and we stopped for fuel from the nice man in Kyle of Lochalsh...don't know if it's a good thing that he remembered us from a few days before or not!  Either way we had a much needed chocolate break!

We head up the road from Kyle of Lochalsh to Gairloch, and this is one of the most stunning roads I've seen!

3.50 we encounter a single track tunnel with the railway line running right beside the road.
3.55 and Daisy has written in the diary "insane hill up" - which is pretty accurate - extremely steep and wasn't entirely convinced our wee van was going to make it!
3.55 and a half and Daisy has written "even scarier hill down 119%"  - also accurate...this is the point you hope the breaks don't fail!

4.45 and we get to the Loch Maree viewing point at Glen Docherty...it is bucketing with rain but we get a few pictures... 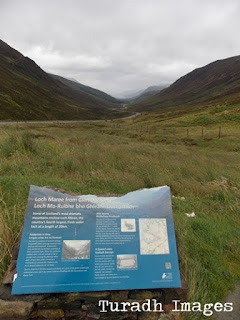 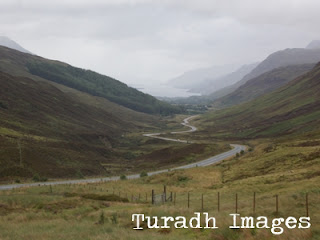 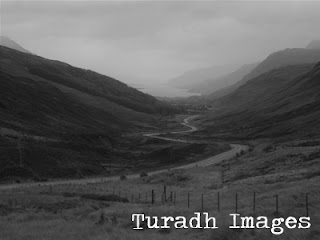 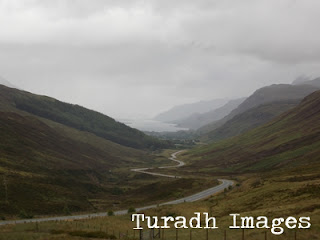 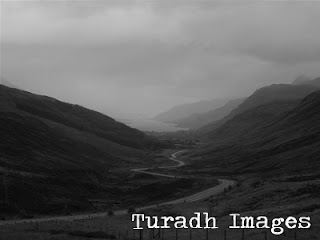 so wet that Daisy didn't even want to get out of the van to take pictures... 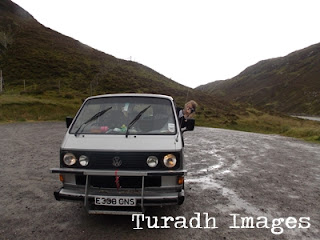 5.10 and we stop and pick up some German hitch-hikers who are visiting from Cologne.  There is a group of about 10 of them and they have just completed an epic walk, and instead of walking all the way back they are letting the men folk hitch back to Sands at Gairloch and drive back to pick them up!  Clever!

On the return Daisy came out with the greatest quote, which I think may become a much quoted family favourite:

This was uttered as someone who obviously doesn't quite understand the concept of single track roads yet came winging around a corner towards us.  Classic!

5.40 and we pick up another hiker, this time from Belgium, and take him from Gairloch to the turn off for Badachro.

6.05 BADACHRO - we've arrived - Mum, Dad and the dog are sat out front of the house enjoying the spectacular view, and my sister and nephew arrive soon after us.  Mum's brilliant Lasagne for tea!  Couldn't be better!

***You can purchase any of my images by emailing turadhimages@hotmail.com