Happy Star Wars day people...May the 4th be with you and all that.  I have to admit (controversially and this may lose me followers) that I am not the biggest Star Wars fan...but I have a good reason.  The first Star Wars film I ever saw was the first of the newer ones with Ewan McGregor. It's not a the shortest of movies and I remember sitting in the cinema thinking "somethings not right here, I really feel incredibly sick" and the smell of the popcorn surrounding me was making it a hundred times worse.  This was the moment I realised there was a chance I was pregnant...and I didn't stop throwing up for the next 9 months solid!

Anyway, enough reminiscing...here are the amazing looking books that I've added to my To Be Read Wish List today... 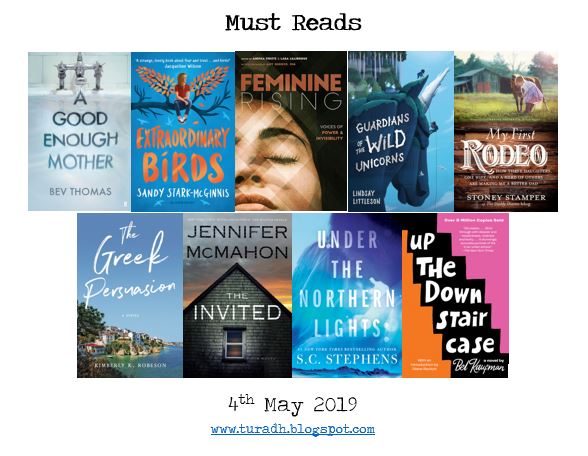 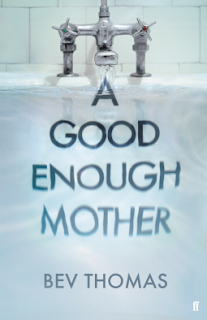 The most dangerous lies are the ones we tell ourselves.
Dr Ruth Hartland rises to difficult tasks. She is the director of a highly respected trauma therapy unit. She is confident, capable and excellent at her job. Today she is preoccupied by her son Tom's disappearance.
So when a new patient arrives at the unit - a young man who looks shockingly like Tom - she is floored.
As a therapist, Ruth knows exactly what she should do in the best interests of her client, but as a mother she makes a very different choice - a decision that will have profound consequences.
A gripping and deeply intelligent psychological thriller for fans of Apple Tree Yard, A Good Enough Mother promises to be as big as Lullaby. 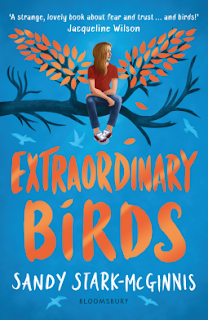 Eleven-year-old December knows everything about birds, and everything about getting kicked out of foster homes. All she has of her biological mum is the book she left behind, The Complete Guide to Birds, Volume One, and a photo with a message: 'In flight is where you'll find me.' December knows she's truly a bird, just waiting for the day she transforms and flies away to reunite with her mum. The scar on her back must be where her wings have started to blossom – she just needs to practise and to find the right tree. She has no choice; it's the only story that makes sense. When she's placed with Eleanor, a new foster mum who runs a taxidermy business and volunteers at a wildlife rescue, December begins to see herself and what home means in a new light. But the story she tells herself about her past is what's kept December going this long, and she doesn't know if she can let go of it...even if changing her story might mean that she can finally find a place where she belongs. 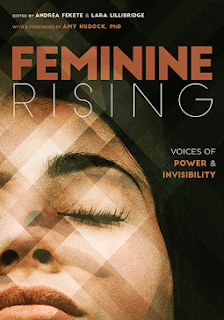 Are there moments in your life when your femaleness is a source of power or hardship? When does your voice ring its clearest? When have you been silenced?
Feminine Rising: Voices of Power and Invisibility brings together international poets and essayists, both award-winning and emergent, to answer these questions with raw, honest meditations that speak to women of all races, nationalities, and sexual orientations. It is an anthology of unforgettable stories both humorous and frightening, inspirational and sensual, employing traditional poetry and prose alongside exciting experimental forms. Feminine Rising celebrates women’s differences, while embracing the source of their sameness - the unique experience of womanhood.

Guardians of the Wild Unicorns by Lindsay Lillibridge
(Children's Fiction) 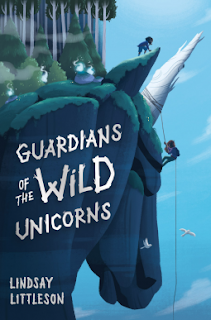 Away from home at sleepaway camp, Lewis and his best friend Rhona discover that unicorns don't just belong in legends and fairy tales. Real unicorns do exist and they need help!
The two friends find themselves caught up in a dangerous adventure to save the world's last herd of wild unicorns. Sneaking out of camp at night, they must track down the captured unicorns, help them escape to safety in the ancient and mysterious forest, and keep them secret so no one can harm them ever again.
Fighting against real-life poachers, and harnessing ancient magic, can they rescue the legendary creatures in time?

My First Rodeo by Stoney Stamper
How Three Daughters, One Wife & a Herd of Others are Making Me a Better Dad
(Biographies & Memoir / Parenting & Families) 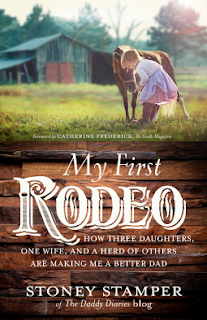 My First Rodeo is a heart warming collection of stories that reveal the ups, downs, and delights of being a family man, from a guy who never dreamed of being one.
Happily unmarried with no desire for a change in status, Stoney Stamper met a beautiful lady with two daughters, and to his surprise fell head over boots in love. At the encouragement of family and friends, he decided to chronicle his new life and created the popular blog - The Daddy Diaries. My First Rodeo will inspire those just starting out with families to hang in there, they can do it. And for those well beyond the child raising years, it will be a poignant reminder of the enduring goodness of family. 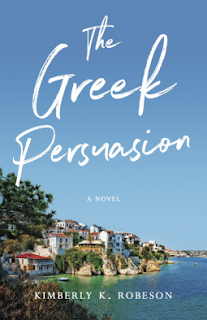 Consumed by a myth about Zeus, a magic sword, and soul mates, Greek-American professor Thair Mylopoulos-Wright has spent much of her life searching for her Other Half. At thirty-one she spends a summer in Greece; there, alone on a tranquil island, she begins writing stories about her grandmother’s experiences in 1940s Egypt, her mother’s youth in 1960s Greece, and finally, her own life in contemporary America - trying to make sense of her future by exploring the past. Spanning Thair’s life from thirty-one to thirty-six, The Greek Persuasion explores human sexuality, the complexity of mother-daughter relationships, and the choices women of different generations make when choosing - or settling - for “Mr (or Ms) Good Enough.” Will Thair ever find that missing part of her that Zeus chopped off with his magic sword? Or is the concept of The One just a big fairy tale that has left her searching for someone who doesn’t exist? 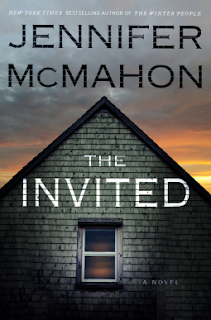 A chilling ghost story with a twist: the New York Times bestselling author of The Winter People returns to the woods of Vermont to tell the story of a husband and wife who don't simply move into a haunted house - they build one...
In a quest for a simpler life, Helen and Nate have abandoned the comforts of suburbia to take up residence on forty-four acres of rural land where they will begin the ultimate, aspirational do-it-yourself project: building the house of their dreams. When they discover that this beautiful property has a dark and violent past, Helen, a former history teacher, becomes consumed by the local legend of Hattie Breckenridge, a woman who lived and died there a century ago. With her passion for artefacts, Helen finds special materials to incorporate into the house - a beam from an old schoolroom, bricks from a mill, a mantel from a farmhouse - objects that draw her deeper into the story of Hattie and her descendants, three generations of Breckenridge women, each of whom died suspiciously. As the building project progresses, the house will become a place of menace and unfinished business: a new home, now haunted, that beckons its owners and their neighbours toward unimaginable danger.

Under the Northern Lights by S C Stephens
(Romance) 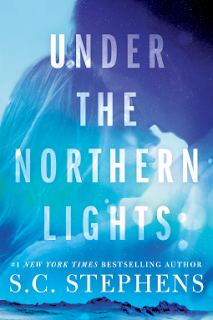 From the number one New York Times bestselling author of the Thoughtless series comes a sweet, thoughtful romance set high in the Alaskan wilderness.
Mallory Reynolds is a driven woman fuelled by her passion for photographing wild animals in remote locations. Every year she makes a trek deep into Alaska, but this time the unthinkable happens: she crash-lands after her plane stalls in a storm. Injured, vulnerable, and threatened by the very creatures she loves, Mallory fears the worst - until she’s rescued by Michael Bradley, a mysterious mountain man living in self-imposed exile.
Mallory is grateful for Michael’s help but desperate to return home to let her family know she’s alive. Unfortunately, neither of them can leave Michael’s secluded cabin until spring. Mallory’s stuck with a stranger for months.
As Mallory recovers a deep bond begins to form between the pair. Mallory is convinced that fate brought them together, but Michael is buried in his past, unable to move forward. Undaunted, Mallory tends to Michael’s heart as tenderly as he cared for her wounds - but will her love be enough to heal him?

Up the Down Staircase by Bel Kaufman
(General Fiction / Humour) 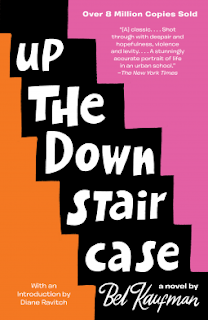 Sylvia Barrett arrives at New York City’s Calvin Coolidge High fresh from earning literature degrees at Hunter College and eager to shape young minds. Instead she encounters broken windows, a lack of supplies, a stifling bureaucracy, and students with no interest in Chaucer. Her bumpy yet ultimately rewarding journey is narrated through an extraordinary collection of correspondence - sternly worded yet nonsensical administrative memos, furtive notes of wisdom from teacher to teacher, “polio consent slips,” and student homework assignments that unwittingly speak from the heart. An instant bestseller when it was first published in 1964, Up the Down Staircase remains as poignant, devastating, laugh-out-loud funny, and relevant today as ever. It timelessly depicts a beleaguered public school system redeemed by teachers who love to teach and students who long to be recognised.