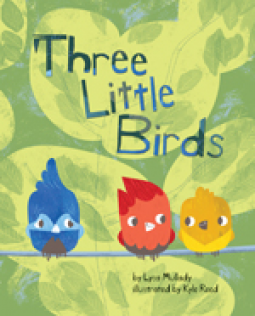 Blue’s feelings are hurt when he’s not invited to find worms with Red and Yellow. So Blue impulsively starts a rumour. Before he knows it, his little fib has spiralled out of control, and all the birds are caught up in the big drama. Can Blue make things right before it’s too late? Includes a Note to Parents, Caregivers, and Professionals with more information on dealing with gossip and helping children build positive relationships. 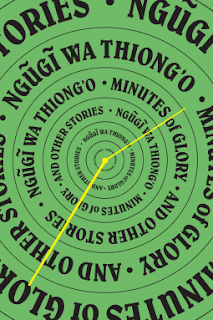 A dazzling short story collection from the person Chimamanda Ngozi Adichie calls “one of the greatest writers of our time”
Ngũgĩ wa Thiong’o, although renowned for his novels, memoirs, and plays, honed his craft as a short story writer. From “The Fig Tree” written in 1960, his first year as an undergraduate at Makerere University College in Uganda, to the playful “The Ghost of Michael Jackson” written as a professor at the University of California, Irvine, these collected stories reveal a master of the short form.
Covering the period of British colonial rule and resistance in Kenya to the bittersweet experience of independence - and including two stories that have never before been published in the United States - Ngũgĩ’s collection features women fighting for their space in a patriarchal society, big men in their Bentleys who have inherited power from the British, and rebels who still embody the fighting spirit of the downtrodden. One of Ngũgĩ’s most beloved stories, “Minutes of Glory” tells of Beatrice, a sad but ambitious waitress who fantasises about being feted and lauded over by the middle-class clientele in the city’s beer halls. Her dream leads her on a witty and heart-breaking adventure.
Published for the first time in America, Minutes of Glory and Other Stories is a major literary event that celebrates the storytelling might of one of Africa’s best-loved writers. 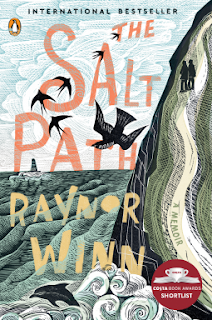 SHORTLISTED FOR THE COSTA BOOK AWARD
The true story of a couple who lost everything and embarked on a transformative journey walking the South West Coast Path in England
Just days after Raynor Winn learns that Moth, her husband of thirty-two years, is terminally ill, their house and farm are taken away, along with their livelihood. With nothing left and little time, they make the brave and impulsive decision to walk the 630 miles of the sea-swept South West Coast Path, from Somerset to Dorset, through Devon and Cornwall.
Carrying only the essentials for survival on their backs, they live wild in the ancient, weathered landscape of cliffs, sea, and sky. Yet through every step, every encounter, and every test along the way, their walk becomes a remarkable and life-affirming journey. Powerfully written and unflinchingly honest, The Salt Path is ultimately a portrayal of home - how it can be lost, rebuilt, and rediscovered in the most unexpected ways.

Between the Lies by Michelle Adams
(Mystery / Thriller) 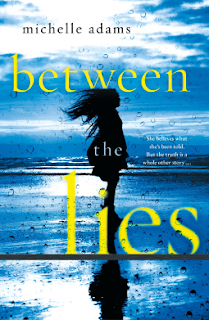 Michelle Adams's Between the Lies is an addictive psychological thriller with twists that keep the reader guessing until the last page, in which a woman who's lost her memory is back home with a family she doesn't know - who are keeping secrets of their own.
The truth is hiding between the lies.
What would you do if you woke up and didn't know who you were?
Chloe Daniels regains consciousness in a hospital with no memory of how she got there.
She doesn't recognise the strangers who call themselves family. She can't even remember her own name.
What if your past remained a mystery?
As she slowly recovers, her parents and sister begin to share details of her life.
The successful career. The seaside home. The near-fatal car crash.
But Chloe senses they're keeping dark secrets - and her determination to uncover the truth will have devastating consequences.
What if the people you should be able to trust are lying to you?

The Revenge of Magic by James Riley
(Children's Fiction) 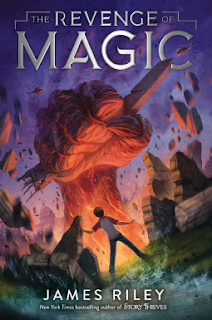 When long-dead magical creatures are discovered all around the world, each buried with a book of magic, only children can unlock the dangerous power of the books in this start to a thrilling new series from the author of the New York Times bestselling Story Thieves!
Thirteen years ago, books of magic were discovered in various sites around the world alongside the bones of dragons. Only those born after “Discovery Day” have the power to use the magic.
Now, on a vacation in Washington, DC, Fort Fitzgerald’s father is lost when a giant creature bursts through the earth, attacking the city. Fort is devastated, until an opportunity for justice arrives six months later, when a man named Dr Opps invites Fort to a government run school, the Oppenheimer School, to learn magic from those same books.
But life’s no easier at the school, where secrets abound. What does Jia, Fort’s tutor, know about the attacks? Why does Rachel, master of destructive magic, think Fort is out to destroy the school? And why is Fort seeing memories of an expelled girl every time he goes to sleep? If Fort doesn’t find out what’s hiding within the Oppenheimer School, more attacks will come, and this time, nothing will stop them! 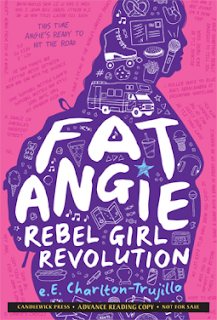 More trouble at school and at home - and the discovery of a missive from her late soldier sister - send Angie and a long-ago friend on an RV road trip across Ohio.
Sophomore year has just begun, and Angie is miserable. Her girlfriend, KC, has moved away; her good friend, Jake, is keeping his distance; and the resident bully has ramped up an increasingly vicious and targeted campaign to humiliate her. An over-the-top statue dedication planned for her sister, who died in Iraq, is almost too much to bear, and it doesn't help that her mother has placed a symbolic empty urn on their mantel. At the ceremony, a soldier hands Angie a final letter from her sister, including a list of places she wanted the two of them to visit when she got home from the war. With her mother threatening to send Angie to a “treatment centre” and the situation at school becoming violent, Angie enlists the help of her estranged childhood friend, Jamboree. Along with a few other outsiders, they pack into an RV and head across the state on the road trip Angie's sister did not live to take. It might be just what Angie needs to find a way to let her sister go, and find herself in the process. 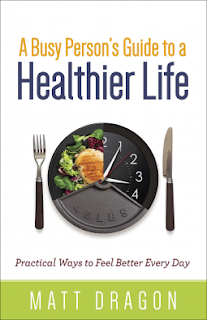 Live Longer, Feel Better, Stay Healthier
Keeping fit can feel like a time-consuming task. But what if you could make several simple, small changes that add up to a large improvement in the quality of your life? The daunting challenge of improving your health would suddenly feel more achievable and maintainable, giving you the confidence you need to take more steps toward a better you.
This book is all about the little ways you can make a big impact on your well-being every day with practical advice and current research in three key areas:
Diet & Nutrition - read labels, grocery shop smarter, and stay hydrated
Exercise & Fitness - overcome excuses, become gym savvy, and exercise your brain
Stress & Rest - sleep better, understand depression, and conquer stress
These and other intriguing topics will help you make better choices and give you dozens of easy things you can do to promote a healthy lifestyle. 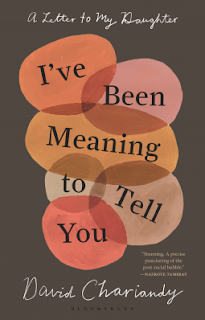 For readers of Between the World and Me and We Should All Be Feminists, an intimate and profound meditation on the politics of race today, from prizewinning novelist David Chariandy.
When a moment of quietly ignored bigotry prompted his three-year-old daughter to ask, "What happened?" David Chariandy began wondering how to discuss with his children the politics of race. A decade later, in a newly heated era of both struggle and divisions, he writes a letter to his now thirteen-year-old daughter.
The son of Black and South Asian migrants from Trinidad, David draws upon his personal and ancestral past, including the legacies of slavery, indenture, and immigration, as well as the experience of growing up as a visible minority in the land of his birth. In sharing with his daughter his own story, he hopes to help cultivate within her a sense of identity and responsibility that balances the painful truths of the past and present with hopeful possibilities for a better future.

The Restless Girls by Jessie Burton
(Children's Fiction / Teen & YA) 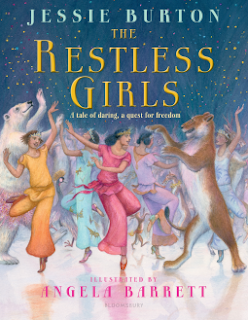 From acclaimed New York Times bestselling author Jessie Burton comes a girl-forward fairy tale retelling of "The Twelve Dancing Princesses" about sisterhood, imagination, and bravery, lushly packaged and with beautiful full-colour illustrations.
For the twelve daughters of King Alberto, Queen Laurelia's death is a disaster beyond losing a mother. The king decides his daughters must be kept safe at all costs, and for the girls, those costs include their lessons, their possessions, and most importantly, their freedom.
But the sisters, especially the eldest, Princess Frida, will not bend to this fate. She still has one possession her father cannot take: the power of her imagination. And so, with little but wits and ingenuity to rely on, Frida and her sisters begin their fight to be allowed to live on their own terms.
The Restless Girls is a sparkling whirl of a fairy tale - one that doesn't need a prince to save the day, and instead is full of brave, resourceful, clever young women. 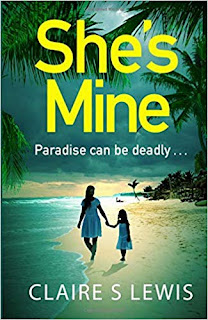 She was never mine to lose...
When Scarlett falls asleep on a Caribbean beach she awakes to her worst nightmare – Katie is gone. With all fingers pointed to her Scarlett must risk everything to clear her name.
As Scarlett begins to unravel the complicated past of Katie's mother she begins to think there's more to Katie's disappearance than meets the eye. But who would want to steal a child? And how did no-one see anything on the small island?
Time is running out and Scarlett is certain of only one thing – she didn't kill Katie. Did she?


I can't wait to read and review these books so watch this space!