Hope this finds you all well and enjoying the first official days of Spring!  Here are my top picks of new books I've added to my To Be Read list today! 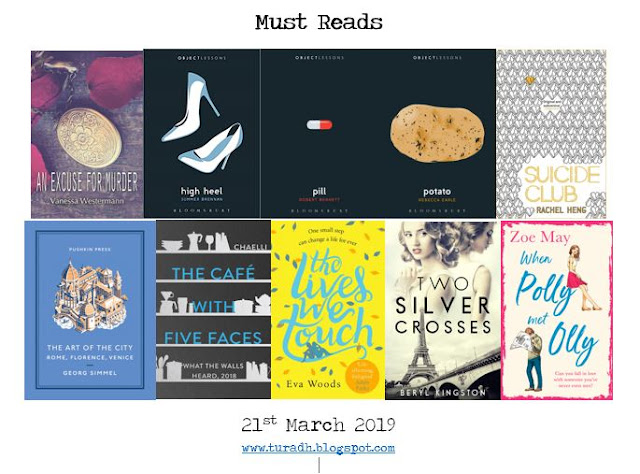 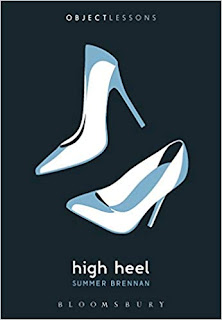 Object Lessons is a series of short, beautifully designed books about the hidden lives of ordinary things.
Fetishised, demonised, celebrated and outlawed, the high heel is central to the iconography of modern womanhood. But are high heels good? Are they feminist? What does it mean for a woman (or, for that matter, a man) to choose to wear them? Meditating on the labyrinthine nature of sexual identity and the performance of gender, High Heel moves from film to fairy-tale, from foot binding to feminism, and from the golden ratio to glam rock. It considers this most provocative of fashion accessories as a nexus of desire and struggle, sex and society, violence and self expression, setting out to understand what it means to be a woman by walking a few hundred years in her shoes.
Object Lessons is published in partnership with an essay series in The Atlantic. 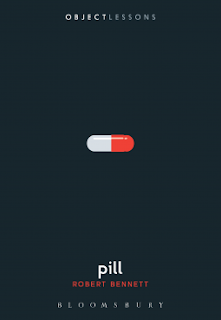 "You are what you eat.” Never is this truer than when we take medications - from beta blockers and aspirin to Viagra and epidurals - especially psychotropic pills that transform our minds as well as our bodies.
Meditating on how modern medicine increasingly measures out human identity not in T S Eliot’s proverbial coffee spoons but in 1mg-, 5mg-, or 300mg-doses, Pill traces the uncanny presence of psychiatric pills through science, medicine, autobiography, television, cinema, literature, and popular music. Ultimately, it argues that modern psychopharmacology reveals a brave new world in which human identities - thoughts, emotions, personalities, and selves themselves - are increasingly determined by the extraordinary powers of seemingly ordinary pills. 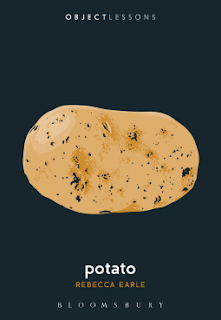 Baked potatoes, Bombay potatoes, pommes frites...everyone eats potatoes, but what do they mean? To the United Nations they mean global food security (potatoes are the world's fourth most important food crop). To 18th century philosophers they promised happiness. Nutritionists warn that too many increase your risk of hypertension. For the poet Seamus Heaney they conjured up both his mother and the 19th century Irish famine.
What stories lie behind the ordinary potato? The potato is entangled with the birth of the liberal state and the idea that individuals, rather than communities, should form the building blocks of society. Potatoes also speak about family, and our quest for communion with the universe. Thinking about potatoes turns out to be a good way of thinking about some of the important tensions in our world.

The Lives We Touch by Eva Woods
(Romance) 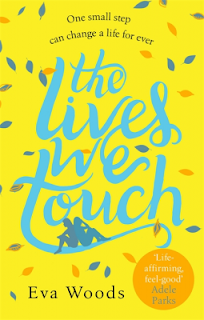 The feelgood, uplifting, fabulous new book from Kindle bestseller Eva Woods. Perfect for fans of Lucy Diamond, Lucy Dillon and Rowan Coleman.
In our lives we'll meet something like eighty thousand people. Most of them just in passing, sitting beside them on a bus, buying a latte from them, overtaking them too fast on the motorway. Others will become friends, lovers, family. Some will stay in our lives forever, and some will be swept away by the flow of life. But we touch all of these people in some way, tiny or huge, making more of a difference than any of us can imagine.
Rosie is in a coma, unable to reach out to the world or communicate. She only has one chance to make it back to consciousness - but she's slipping deeper and deeper into a maze of memories and it's going to be hard to find her way out.
Daisy, Rosie's sister, is devastated by the accident. She's always been the good, dependable girl to Rosie's free spirit - but some of Rosie's attitude seems to be creeping into Daisy's dull existence. Can Daisy find the courage to be herself?
It only takes one tiny step to change a life forever... 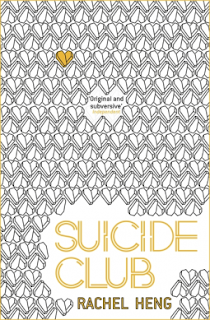 Imagine a world where the healthy choice is the only choice.
'Original and subversive.' Independent
'Life-affirming' Erin Kelly, author of He Said/She Said
Lea Kirino is a 'Lifer,' who has the potential to live forever - if she does everything right. She has lived her life by religiously following the state directives that ensure she remains fit and healthy. She knows she wants to live forever, and she is going to green juice, yoga-cise and meditate her way to immortality.
Yet, when a brush with death brings her face to face with a mysterious group who believe in everything the state has banned, memories of now-forbidden childhood pleasures resurge alongside ghosts of her past. As Lea's long-held beliefs begin to crack, she is forced to consider: What does it really mean to live?
'Addictive' Sun
'Fascinating' Jeff VanderMeer, author of the Southern Reach trilogy
'An intriguing idea in which Heng takes a much-needed swipe at health fascism and our obsession with youth, beauty and superfoods' Mail on Sunday

When Polly Met Olly by Zoe May
(Romance) 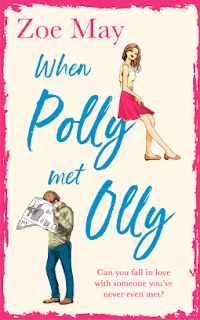 'Funny, quirky and delightfully different. I loved it!' Zara Stoneley, author of The Wedding Date
'A modern-day You’ve Got Mail’ Victoria Van Tiem, author of Love Like the Movies
'A fun, fabulous and 100% feel-good read!’ Laurie Ellingham, author of Ours is the Winter
‘Quirky and amusing’ Katey Lovell, author of Three Men and a Maybe
Polly and Olly were never supposed to meet…
Polly might spend her days searching for eligible matches for her elite list of clients at her New York dating agency, but her own love life is starting to go up in smoke.
Even worse, she can’t stop thinking about the very person she’s meant to be setting her latest client up with...surely it can’t get any worse!
But then Polly bumps into oh-so-handsome Olly, who heads up a rival agency, and realises that perhaps all really is fair in love and dating war...
Perfect for fans of Sophie Kinsella and Debbie Viggiano. 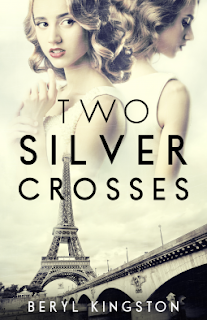 ‘Nobody is to know where we are. You must forget England. That part of your lives is over.’
Twins Ginny and Emily Holborn have everything they could ever need in their Wolverhampton home: a loving family, a garden to play in and a staff waiting to attend to their every need. Until, one summer day in 1926, they disappear without a trace.
Ten years later, bright-eyed solicitor Charlie Commoner is given his first job: track down the still-missing Holborn twins. Despatched to France, he’s left to unravel a web of infidelity, mystery, and terrifying family secrets.
Let bestselling author Beryl Kingston sweep you away on a journey from London to Paris, through tragedy and triumph in the search for two sisters wearing two silver crosses.

An Excuse for Murder by Vanessa Westermann
(Mystery & Thriller / Romance) 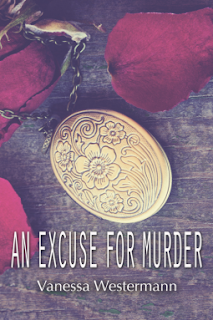 As a former bodyguard, it should be easy for Gary Fenris to kill, especially when the motive is revenge. But Gary has made two mistakes in his life. The first was letting the woman he loved die on his watch. The second was thinking vengeance could bring him peace. Local bookstore owner and amateur lock pick Kate Rowan loves nothing more than a good mystery. Her curiosity soon leads her down a trail of blackmail, obsession and death. Despite the risk - or maybe because of it - Gary finds himself drawn to Kate. When danger strikes, Gary is forced to face the fact that he used love as an excuse for murder. And he's got one last score to settle. 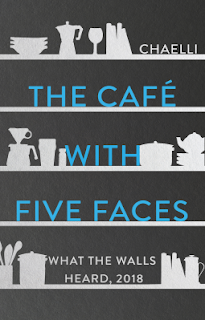 The key clicks in the lock, and the door swings open into my world...
Welcome to my cafe. My five-roomed empire. Each room named after a place I hold close to my heart.
One café, five rooms, five groups of people, all with their own stories to share and opinions to express. This is England, a country living through a period of rapid change and intense political conflict, in other words, now. People of all ages, races and backgrounds gather within these walls to share their thoughts on everything from travel to humour, romance to politics, art to human interest.
The Cafe with Five Faces is an eclectic mix of stories on the trials and tribulations of every day life. Grab a coffee, take a wander through the cafe’s rooms and learn about the lives and loves of those within.

The Art of the City: Rome, Florence & Venice by George Simmel
(Travel) 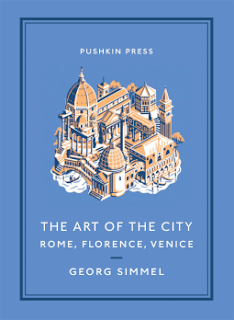 A quartet of essays on great European cities from the ground-breaking thinker Georg Simmel.
These brilliant essays, from one of Germany's greatest and most influential thinkers, are beautifully written and highly readable portraits of three Italian cities: Rome, Venice and Florence. Simmel saw the city as a work of art in itself, and taken together these pieces act as a powerful suite expounding that notion.
A seminal work of psycho-geography, this collection has never been published together in English before.

I can't wait to read and review these books so watch this space!