It's been a while since Ive done one of these posts, but I will get back into the swing of them as you regulars have been asking and missing them! 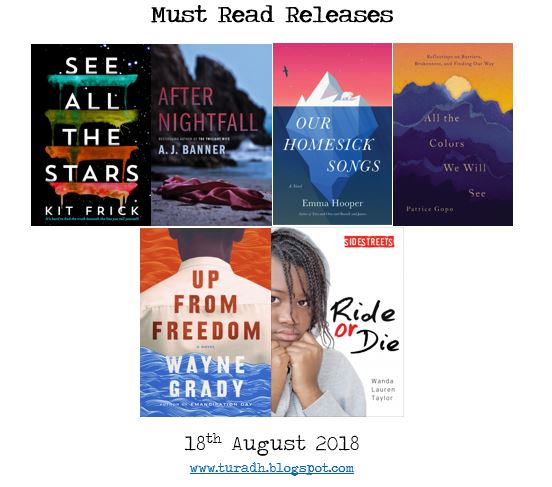 Here are my favourite releases from the last couple of weeks:

See All The Stars by Kit Frick 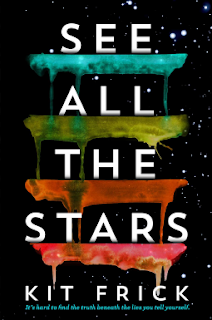 We Were Liars meets Goodbye Days in this thrilling debut novel that sweeps readers away as they try to solve the mystery of what happened then to make Ellory so broken now.
It’s hard to find the truth beneath the lies you tell yourself.
Then: They were four - Bex, Jenni, Ellory, Ret. (Venus. Earth. Moon. Sun.) Electric, headstrong young women; Ellory’s whole solar system.
Now: Ellory is alone, her once inseparable group of friends torn apart by secrets, deception, and a shocking incident that changed their lives forever.
Then: Lazy summer days. A party. A beautiful boy. Ellory met Matthias and fell into the beginning of a spectacular, bright love.
Now: Ellory returns to Pine Brook to navigate senior year after a two-month suspension and summer away - no boyfriend, no friends. No going back. Tormented by some and sought out by others, troubled by a mysterious note-writer who won’t let Ellory forget, and consumed by guilt over her not entirely innocent role in everything and everyone she’s lost, Ellory finds that even in the present, the past is everywhere.
The path forward isn’t a straight line. And moving on will mean sorting the truth from the lies - the lies Ellory has been telling herself.

Our Homesick Songs by Emma Hooper 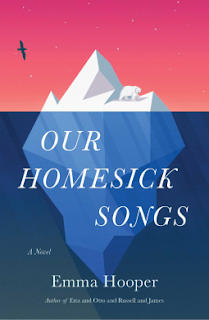 From Emma Hooper, critically acclaimed author of Etta and Otto and Russell and James, a People magazine “Pick of the Week,” comes a lyrical, charming, and mystical story of a family on the edge of extinction, and the different way each of them fights to keep hope, memory, and love alive.
The Connor family is one of the few that is still left in their idyllic fishing village, Big Running; after the fish mysteriously disappeared, most families had no choice but to relocate and find work elsewhere. Aidan and Martha Connor now spend alternate months of the year working at an energy site up north to support their children, Cora and Finn. But soon the family fears they’ll have to leave Big Running for good. And as the months go on, plagued by romantic temptations new and old, the emotional distance between the once blissful Aidan and Martha only widens.
Between his accordion lessons and reading up on Big Running’s local flora and fauna, eleven-year-old Finn Connor develops an obsession with solving the mystery of the missing fish. Aided by his reclusive music instructor Mrs Callaghan, Finn thinks he may have discovered a way to find the fish, and in turn, save the only home he’s ever known. While Finn schemes, his sister Cora spends her days decorating the abandoned houses in Big Running with global flair - the baker’s home becomes Italy; the mailman’s, Britain. But it’s clear she’s desperate for a bigger life beyond the shores of her small town. As the streets of Big Running continue to empty Cora takes matters - and her family’s shared destinies - into her own hands.
In Our Homesick Songs, Emma Hooper paints a gorgeous portrait of the Connor family, brilliantly weaving together four different stories and two generations of Connors, full of wonder and hope. Told in Hooper’s signature ethereal style, each page of this incandescent novel glows with mythical, musical wonder.

Up From Freedom by Wayne Grady 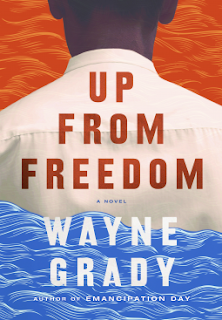 For readers of Colson Whitehead, James McBride, Yaa Gyasi and Lawrence Hill, Up From Freedom is a powerful and emotional novel about the dangers that arise when we stay silent in the face of prejudice or are complicit in its development.
As a young man, Virgil Moody vowed he would never be like his father, he would never own slaves. When he moves from his father's plantation in Savannah to New Orleans, he takes with him Annie, a tiny woman with sharp eyes and a sharper tongue, who he is sure would not survive life on the plantation. She'll be much safer with him, away from his father's cruelty. And when he discovers Annie's pregnancy, already a few months along, he is all the more certain that he made the right decision.
As the years pass, the divide between Moody's assumptions and Annie's reality widens ever further. Moody even comes to think of Annie as his wife and Lucas as their son. Of course, they are not. As Annie reminds him, in moments of anger, she and Moody will never be equal. She and her son are enslaved. When their "family" breaks apart in the most brutal and tragic way, and Lucas flees the only life he's ever known, Moody must ask himself whether he has become the man he never wanted to be - but is he willing to hear the answer?
Stretching from the war-torn banks of the Rio Brazos in Texas to the muddy waters of Freedom, Indiana, Moody travels through a country on the brink of civil war, relentlessly searching for Lucas and slowly reconciling his past sins with his hopes for the future. When he meets Tamsey, a former slave, and her family trying to escape the reach of the Fugitive Slave Act, Moody sees an opportunity for redemption. But the world is on the cusp of momentous change, and though some things may be forgotten, nothing is ever really forgiven.

After Nightfall by A J Banner 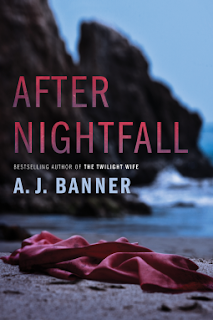 From the bestselling author of The Good Neighbour comes a gripping thriller about an engagement party gone fatally awry.
Imagine your closest friend utterly betraying you. Years later, when she seeks forgiveness, you invite her to your engagement party as a gesture of reconciliation. But seething hostilities rise to the surface, ruining everyone’s evening. After an awful night, your friend’s battered, lifeless body is found at the bottom of a rocky cliff.
Newly engaged Marissa Parlette is living this nightmare. She should be celebrating her upcoming wedding, but she can’t shake the image of her friend lying dead on the beach. Did she fall? Was she pushed? Or did she take a purposeful step into darkness? Desperate for answers, Marissa digs deep into the events of the party. But what she remembers happening after nightfall now carries sinister implications: the ugly sniping, the clandestine meetings, the drunken flirtations. The more she investigates, the more she questions everything she thought she knew about her friends, the man she once trusted, and even herself.
Bestselling author A. J. Banner keeps readers on a razor-sharp edge in this intricately plotted novel of psychological suspense…in which nothing is as it seems.

All the Colors We Will See by Patrice Gopo 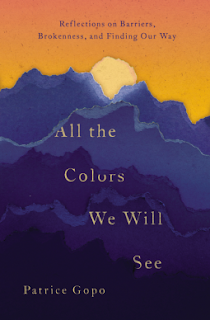 Patrice Gopo grew up in Anchorage, Alaska, the child of Jamaican immigrants who had little experience being black in America. From her white Sunday school classes as a child, to her early days of marriage in South Africa, to a new home in the American South with a husband from another land, Patrice’s life is a testament to the challenges and beauty of the world we each live in, a world in which cultures overlap every day.
In All the Colors We Will See, Patrice seamlessly moves across borders of space and time to create vivid portraits of how the reality of being different affects her quest to belong. In this poetic and often courageous collection of essays, Patrice examines the complexities of identity in our turbulent yet hopeful time of intersecting heritages. As she digs beneath the layers of immigration questions and race relations, Patrice also turns her voice to themes such as marriage and divorce, the societal beauty standards we hold, and the intricacies of living out our faith.
With an eloquence born of pain and longing, Patrice’s reflections guide us as we consider our own journeys toward belonging, challenging us to wonder if the very differences dividing us might bring us together after all. 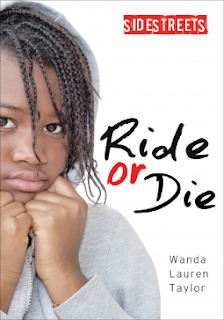 Based on true-events, this book recounts the physical and emotional abuse experienced by young victims of sex trafficking, and how one girl survives and escapes.
When 15 year old Kanika falls for Danny, an older guy she has always had a crush on, she becomes his "ride or die chick". Soon after establishing that she will do anything for him, Danny sells her into the sex trade. Kanika is drugged and taken to Toronto where she finds her friend has also been a victim of the sex trafficking plot. With the help of an older sex worker, Kanika manages to survive and escape the people abusing her.
*Please note that this is a hi/lo title intended for reluctant and struggling readers. As such it is fast-paced, short, and uses high interest content with simple vocabulary to keep these readers engaged.

I can't wait to read and review these books so watch this space!