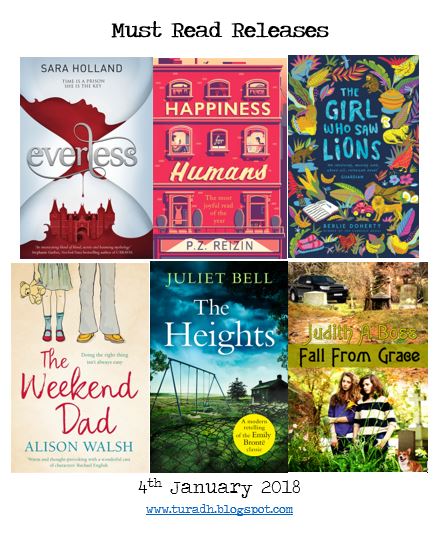 Happy book birthday to the following, which obviously I've had to add to my very very long to be read list! 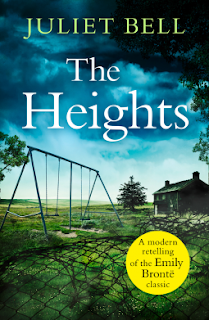 Two hundred years since Emily Brontë’s birth comes The Heights: a modern re-telling of Wuthering Heights set in 1980s Yorkshire.
The searchers took several hours to find the body, even though they knew roughly where to look. The whole hillside had collapsed, and there was water running off the moors and over the slick black rubble. The boy, they knew, was beyond their help.This was a recovery, not a rescue.
A grim discovery brings DCI Lockwood to Gimmerton’s Heights Estate – a bleak patch of Yorkshire he thought he’d left behind for good. There, he must do the unthinkable, and ask questions about the notorious Earnshaw family.
Decades may have passed since Maggie closed the pits and the Earnshaws ran riot – but old wounds remain raw. And, against his better judgement, DCI Lockwood is soon drawn into a story.
A story of an untameable boy, terrible rage, and two families ripped apart. A story of passion, obsession, and dark acts of revenge. And of beautiful Cathy Earnshaw – who now lies buried under cold white marble in the shadow of the moors. 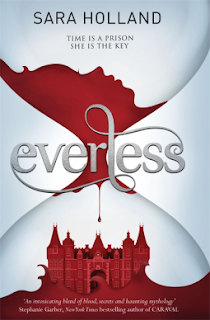 Time is a prison. She is the key. Packed with danger, temptation and desire - a perfect read for fans of The Red Queen.In the land of Sempera, the rich control everything - even time. Ever since the age of alchemy and sorcery, hours, days and years have been extracted from blood and bound to iron coins. The rich live for centuries; the poor bleed themselves dry.
Jules and her father are behind on their rent and low on hours. To stop him from draining himself to clear their debts, Jules takes a job at Everless, the grand estate of the cruel Gerling family.
There, Jules encounters danger and temptation in the guise of the Gerling heir, Roan, who is soon to be married. But the web of secrets at Everless stretches beyond her desire, and the truths Jules must uncover will change her life for ever ... and possibly the future of time itself.
Happiness for Humans by P Z Reizin 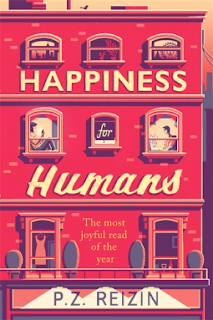 Don't tell anyone, but Jen is one of my favourite people.
(Machines aren't supposed to have favourites. Don't ask me how this has happened.)
Jen is sad. Aiden wants her to be happy. Simple? Except that Jen is a thirty-something woman whose boyfriend has just left her and Aiden is a very complicated, very expensive piece of software.
Aiden knows Jen inside out. With access to all her devices, he knows her most played song, can find her favourite photos and single out the insta-quotes which most inspire her. Based on observations and unique algorithms, he has calculated that Jen should find a new man to achieve optimum wellbeing. And with the whole of the internet at his disposal, he doesn't have to look far to find a perfect specimen and engineer a meeting. Except Jen seems to be remarkably unwilling to fall in line with Aiden's flawless plan.
Can a very artificially intelligent machine discover emotional intelligence in time to fix Jen's life? And find out what exactly does make human beings happy?

The Weekend Dad by Alison Walsh 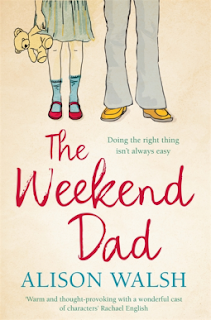 Guaranteed to appeal to fans of Nick Hornby and David Nicholls, The Weekend Dad is a warm-hearted novel about parenthood, family and new beginnings.
'Would you like to see some pictures?''I'd love to.' After all, what father wouldn't want to see pictures of his daughter? A father who was scared, that's who.I'm not a grown-up. I'm really not. I don't have a job, or savings, or a pension. I don't have a wife or a dog, a car or a house. But I do, suddenly, have a daughter.
Six weeks ago, Emmett became a father - to seven-year-old girl Misty. Leaving Dublin for London to bond with the daughter he never knew existed seems like the right thing to do, though he's not quite sure how he fits into Misty's life, or her mother's. When Emmett knew Amanda they were both students. Today, she's a successful career woman with proper plans for her future - and he's a struggling poet, trying to connect with his daughter during their awkward weekend visits.But then Amanda surprises Emmett with an unexpected proposition, and he finds himself with some big decisions to make . . .

The Girl Who Saw Lions by Berlie Doherty 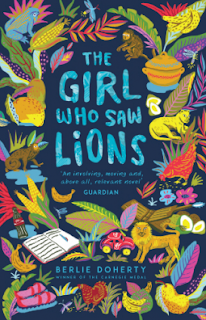 Two girls, from very different places, are brought together in a tale of loss, courage and family.Abela has lost everything, and now she must leave her home in Tanzania and flee to Britain.Rosa's struggling to cope with her mum's wish to adopt a child.When they are brought together, will Abela and Rosa ever be able to love one another like sisters?From the Carnegie Medal-winning author Berlie Doherty, The Girl Who Saw Lions is a powerful and moving story, inspired by the author's visit to Africa.

Fall from Grace by Judith A Boss 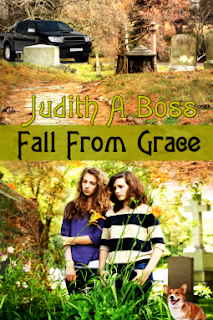 When her beloved Aunt Grace is found dead on the floor of her bedroom, eleven-year-old Zoe Delaney is convinced it was murder.  Determined to get to the truth of the matter, and with the help of a journal she finds under her aunt’s bed, Zoe sets out to investigate her aunt’s death.  Her covert investigation, however, soon turns up evidence that her aunt, a highly regarded ethics professor at Rhode Island College, might not have been the person Zoe and others thought she was.  Zoe is forced to face the possibility that, rather being an innocent victim, her Aunt Grace may have murdered several people.  Should she turn her discoveries over to her parents—and the police—or destroy the evidence and save her aunt’s reputation?

Thanks so much for checking out this list - I can't wait to read these so watch out for my full reviews.
If you like this list check out all my reading lists here.
Happy Reading!
Alison Walsh Berlie Doherty Everless Fall From Grace Happiness for Humans Judith A Boss Juliet Bell P Z Reizen Sara Holland The Girl Who Saw Lions The Heights The Weekend Dad