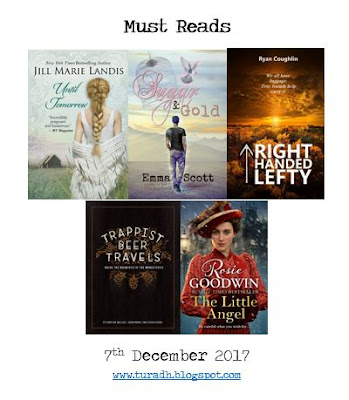 It's been a crazy old week here, with not much reading time to be had, but despite of that here are my "Must Reads" I will be adding to my To Be Read list today:

Until Tomorrow by Jill Marie Landis 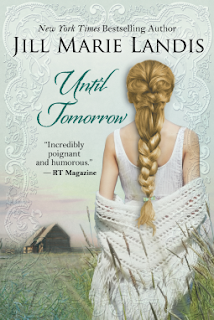 Can two yearning hearts learn to beat as one?
Dake Reed is a jaded soldier traveling home from the Civil War when he stumbles across an ambushed wagon—and a helpless new born in need of a mother.
The last thing Cara James expects to see is a lean and handsome stranger riding across the lonely prairie with a baby in his arms. She’s nothing but a backwoods girl with sky-blue eyes living on a Kansas homestead, making rag dolls . . . and dreaming of a better life.
Desperate to find someone to share his burden, Dake uses his sweet-as-molasses drawl to coax Cara into leaving everything behind and joining him on his journey. As Dake and Cara travel to a place they both hope to call home, Cara dares to dream it’s not just the child who needs her tender touch . . . but the man. 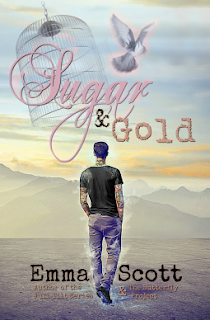 ***A new adult STANDALONE from the author of Full Tilt and The Butterfly Project***Nikolai Alexei Young was born with a special gift…one he’d do anything to lose. The heart and soul of every person he comes into contact with is an open book to his heightened senses. Colourful emotions, whispers of thoughts, the sour tastes of old memories…He feels them all. The sci-fi books would call him an empath. For Nikolai, his ability has made him an exile. He roams the U.S. alone, avoiding the glut of life in big cities, and using his innate talents to win money in underground poker games. Just enough to keep going, one town to the next. He has no hope that his life can be anything else, until he meets her…At nineteen, Fiona Starling was trapped in an ugly, desperate situation until she freed herself the only way she knew how. Now three years later, living outside Savannah, Georgia, she is rebuilding her life on her own terms; seizing every moment and saving every penny so that she might fulfil her dream of moving to the raw wilderness of Costa Rica. But behind her carefree smile beats the heart of a lonely young woman haunted by her past, until a chance encounter with a tattooed stranger changes everything… Fiona takes Nikolai under her roof for three sultry nights, waiting out the rain of a summer storm. She grows more and more fascinated by this brooding stranger with whom she shares an intense physical connection—a connection so strong, she wonders if there is something between them beyond lust and passion. Nikolai is shocked to discover that Fiona calms the raging turmoil in his heart. She alone silences the din of other people’s lives, and envelops him in the sweet beauty of her inner self. Every moment he’s with her—every touch of her skin—brings him closer to the peace that’s been eluding him his entire life.But Fiona harbours secrets that she is too terrified to reveal. After Nikolai confesses his unique ability, she is caught between wanting to believe him and fearing he’ll eventually unearth her own dark past. When the unthinkable happens, Fiona’s plans come crashing down, and Nikolai discovers his hated ability might be the only thing that can save the woman he loves. Sugar & Gold is a new adult romance with shades of the paranormal and is the second book in the Dreamcatcher novels, a series of interconnected STANDALONES. It is NOT necessary to have read How to Save a Life (Dreamcatcher #1) first in order to follow the story, but characters will appear across all novels. Intended for readers 18 and up 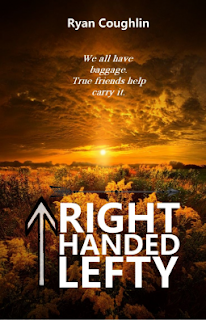 We all have baggage. Real friends help carry it.
It’s 1983 in Boscobel, Wisconsin, in the south-western corner of the state, known as the Driftless Area. Ellis Sayre is different. He’s a twelve year old orphaned Native American. His adoptive parents lost a son a few years ago and welcomed him to deal with their grief. While stealing day-old bread for a friend in need, Ellis and his two best friends—George and Mason—witness a murder by a local kingpin. Authorities disagree with their story. They call it made up. The boys are trapped, worried for their lives, sending them on a flight to Grandad’s Bluff in La Crosse, WI, along the Mississippi River. Two peripheral stories about Ellis Abbot—a World War II veteran, and Two Right Feet—an orphaned Native American during early 1800’s, are entwined to unearth Ellis Sayre’s roots. They combine to tell the truth.
Trappist Beer Travels by Caroline Wallace, Sarah Wood & Jessica Deahl
Inside the Breweries of the Monastries This combination beer journal, history book, and travelogue grants readers rare access inside monastery walls for an in-depth look at the legendary breweries of Trappist monks. Join three American beer writers as they travel the globe, and come to appreciate each abbey with a reverence informed by the brewery directors and monks themselves. Read about the origins of the Trappist religious order and the monks’ long enduring relationship with the art of brewing. Then, journey to the eleven abbey breweries, including the expansive production facilities at Chimay, the coveted gates of Westvleteren, the ancient sun-baked walls of Tre Fontane, even America’s first Trappist brewery in Spencer, Massachusetts. Learn about their histories and beers along the way, gain helpful travel tips, and enjoy both new and historical photography and original artwork capturing the spirit of each destination.

The Little Angel by Rosie Goodwin 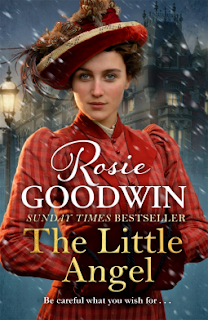 1896, Nuneaton.Left on the doorstep of Treetops Children's Home, young Kitty captures the heart of her guardian, Sunday Branning, who has never been blessed with a child of her own. Kitty brings sunshine and joy wherever she goes, and grows into a beguiling and favoured young girl. But then Kitty is summoned to live in London with her birth mother.
At first London offers Kitty excitement and adventure. With her delicate beauty and the voice of an angel, she attracts a promising singing career and the attention of a number of dashing suitors.
But those now close to Kitty are not what they seem, and her comforting old home at Treetops starts to feel very far away. If Kitty is to have any chance of happiness, this little angel must protect herself from devils in disguise . . . and before it's too late.

I can't wait to read and review these.  If you liked this list please have a look at the complete listing of all my Reading Lists.