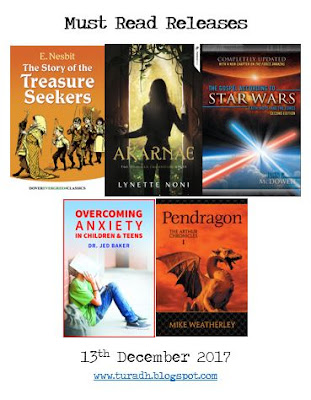 Here are my "Must Read" books that I am adding to my To Be Read list today:

The Story of the Treasure Seekers by E Nesbit 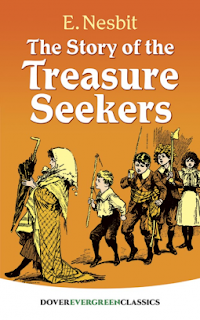 From the author of The Railway Children and Five Children and It comes this tale of six siblings and their adventures in Victorian London. The Bastable children are deeply saddened by the death of their mother, and to make things worse, they're impoverished when their father's business fails. Determined to restore both the family's fortune and its good name, the young Bastables embark on a variety of hilarious get-rich-quick schemes.
Each chapter details a new adventure, from digging for treasure and becoming detectives and highway robbers, to writing a newspaper and selling wine. The children accost a nobleman on Blackheath and are mistaken for blackmailers, pay a visit to a moneylender, encounter a royal princess in Greenwich Park, and earnestly pursue other comic ventures. Their courage and determination provide a heart-warming complement to the droll narrative, and their hopes, disappointments, and triumphs remain as real and moving today as they were a century ago. 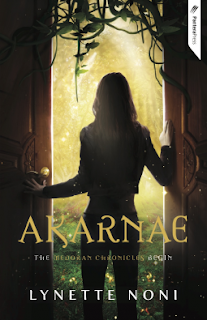 EMBRACE THE WONDER.
With just one step, sixteen-year-old Alexandra Jennings’ world changes—literally.Dreading her first day at a new school, Alex is stunned when she walks through a doorway and finds herself stranded in Medora, a fantasy world full of impossibilities. Desperate to return home, she learns that only a man named Professor Marselle can help her… but he’s missing.
While waiting for him to reappear, Alex attends Akarnae Academy, Medora’s boarding school for teenagers with extraordinary gifts. She soon starts to enjoy her bizarre new world and the friends who embrace her as one of their own, but strange things are happening at Akarnae, and Alex can’t ignore her fear that something unexpected… something sinister… is looming.
An unwilling pawn in a deadly game, Alex’s shoulders bear the crushing weight of an entire race’s survival. Only she can save the Medorans, but what if doing so prevents her from ever returning home?
Will Alex risk her entire world—and maybe even her life—to save Medora?

The Gospel According to Star Wars by John C McDowell
Faith, Hope and the Force 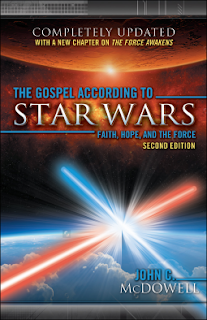 In a new and updated version of this best-selling book, John McDowell explores the many spiritual themes that weave throughout the Star Wars films. From the Force to the dark side, the issues discussed in the films have a moral and spiritual complexity that, if paid attention to, can help us better understand our place in the world and our relation to others and to God. George Lucas, the creator of Star Wars, did not intend for his films to be mere entertainment, McDowell argues. Rather, he hoped his films would be used as a vehicle for moral education.
This new version has been thoroughly revised to include discussion of The Force Awakens and other new developments in the Star Wars universe.

Overcoming Anxiety in Children and Teens by Jed Baker 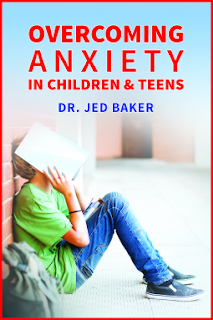 The key to this book is that it outlines both the science and art of anxiety therapy. The science of overcoming anxiety is using the well researched approach called gradual exposure therapy which involves helping individuals gradually face their fears. The art of therapy is figuring out how to actually convince someone to face their fears. Jed describes motivational techniques, cognitive behavioural strategies, exercises, relaxation and mindfulness guides to lower anxiety to the point where individuals can begin to confront their fears . The book covers: simple phobias, social phobia, selective mutism, separation anxiety and school refusal, panic disorder, obsessive compulsive disorder, somatic symptom disorder and/or illness anxiety disorder, generalized anxiety disorder, perfectionism, and other common fears. 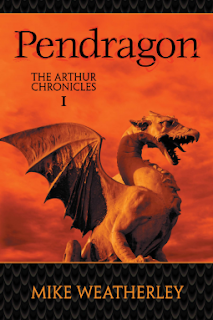 “Some really decisive historical arguments.” Prof. John Colarusso (Anthropology, Linguistics, Languages; McMaster University)
Ambrosius Aurelianus is a historically attested fifth century A.D. Christian Romano-British soldier. His regiment is one of few defending his Celtic homeland against pagan Anglo-Saxon pirates. In the year 485, Anglo-Saxons murder his wife and parents, while raiding local farms. Ambrosius then goes on a quest, galvanising the remaining British troops to hunt down all Anglo-Saxon tribes threatening his fellow Britons. He is accompanied by his younger brother, Victor (Uther in Celtic), who worries Ambrosius has a death wish to rejoin his wife in the next world. However, Ambrosius finds love again with Geneva, a woman serving in another cavalry regiment. Descended from the original 5,500 Sarmatians brought to Britain 300 years earlier, they retain the tradition of women fighting alongside men, like their ‘Amazonian’ ancestors. This regiment’s founding commander in Britain was: Lucius Artorius Castus!
Mike Weatherley grew up in the county of Kent (whose Latin name was Cantium), which was the first part of Roman Britain conquered by invading Anglo-Saxons in the late-fifth century A.D. Born in the Chinese year of the dragon, he always felt an affinity with those mythical creatures, as well as being fascinated with the legends of the mysterious ‘Arthur’, the British hero who fought those first Anglo-Saxons. Despite a career as a scientist, Mike always harboured the dream of writing a definitive version of Arthur’s story. How appropriate that his fifteen years of research on the subject reveal just how closely intertwined the worlds of the historical Arthur and dragons actually were. Having reached his solution to this mystery, Mike hopes his novel has given back to the British people their greatest cultural icon, who was previously stolen from history by writers of medieval fiction and Norman propaganda.

Anonymous said…
Hi there, just became aware of your blog through Google, and
found that it is really informative. I am going to
watch out for brussels. I'll be grateful if
you continue this in future. Lots of people will be benefited from your writing.
Cheers!
23 December 2017 at 02:20

Anonymous said…
I would like to thank you for the efforts you've put in writing this website.
I really hope to check out the same high-grade blog posts by you later on as
well. In truth, your creative writing abilities has motivated me
to get my own, personal blog now ;)
10 March 2018 at 07:49