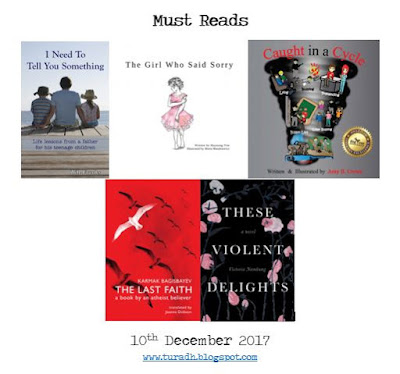 Today I've added these 5 beauties to my To Be Read list: 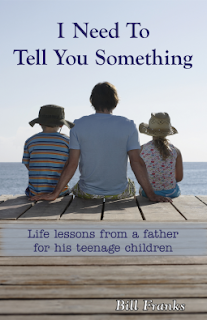 It started as a request from Bill Franks’ financial advisor to create a “Statement of Values” letter that he could share with his then-young children. If something happened and he wasn’t around to raise them, what were some of the core values he would like to impart on them once they were old enough to understand?
As Bill began laying out his thoughts, he realized that he had a lot more to say than would fit in a letter.  He also realized that many other families might benefit from the same advice he was providing. What started as life lessons he wanted to share just with his children, quickly became an opportunity for other families to discuss and learn together.
This guidebook presents a great foundation for adults to think about and be intentional about sharing their own ethics and principles. With clear examples, timely teen issues, and ‘taking action’ elements with each chapter, it provides many opportunities for parents to begin or continue important conversations with their children.

The Girl Who Said Sorry by Hayoung Yim 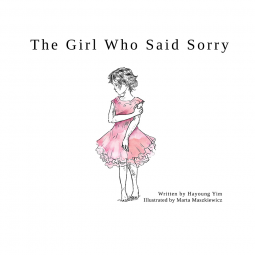 Teaching young girls to express themselves with confidence—without apology
Too girly or too boyish. Too thin or too fat. Too quiet, too loud. Be ambitious, but don’t hurt feelings. Be inquisitive, but don’t interrupt. Be outspoken, but don’t be bossy.
Most of all, be yourself—but be a lady.
What’s a girl to do in a world filled with contradicting gender expectations, aside from saying sorry?
The way we teach politeness norms to children is often confusing, changing based on gender—and can have lasting effects. And while everyone should be courteous and accountable for their actions, apologetic language out of context can undermine confidence and perceived capability.
Within the subtle yet beautiful illustrations and powerful rhyme of “The Girl Who Said Sorry”, developing girls will learn that self-expression and personal choices can be made without apology, and with confidence.
50% of profits from this book are donated to Girl Up, a United Nations Foundation campaign dedicated to empowering young girls to take action on global issues.

Caught in a Cycle by Amy B Crowe 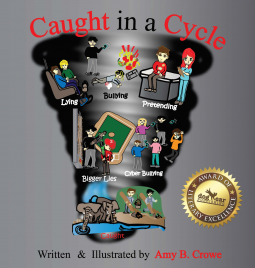 What happens when a good kid gets harassed by a bully and caught in a cycle of lies trying to protect himself? After-school fights, bullying at the ballpark, a visit to the nurse, and clean up duty at the zoo! Caught in a Cycle shows how even one lie can spiral into a dangerous path of more until it gets out of control.JJ struggles to make good choices while trying to protect his friends from a bully.
• Is it ok to tell a little lie to avoid another problem?
• Is it ok to cover one lie with more lies to avoid a bully?
• What do you do if a bully harasses you or your friend?
• What about those who can’t defend themselves?
JJ knows right from wrong, but sometimes it’s tough when you face difficult choices.
JJ learns valuable lessons as he defends the defenseless and tackles truth head-on.
Amy B. Crowe has been writing since she was a child. Her first place win in a writing contest, at age 10, increased her desire to write more. She has published articles in newspapers and alumni magazines, and her first children’s book, Changed By a Catch, was published in 2015.
Her three children are the inspiration for her stories, and she enjoys being active in their lives. Her characters and their stories deal with real-life situations faced by children and parents. The decisions her characters make, and the lessons they learn, are meant to be a valuable influence to her readers since they could encounter similar real-life situations. Amy desires for her books to not only completely captivate the children but help them learn a valuable lesson as well. 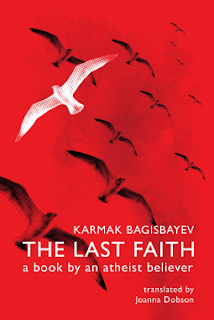 What is the unique and most important feature that distinguishes man from all other living beings?Why is it that, contrary to the instinct of self-preservation, a parent will throw themselves headlong into fire or water to save their child?Why do people get married and why do they get divorced? Why do people have extra-marital affairs and why do two people in a couple become jealous of one another? What is Love?When and why did the type of sex emerge among human beings that is free of any reproductive function?Why are the social and behavioural distinctions between men and women being rapidly erased?Why, despite everything, is the world becoming more tolerant than it was in previous centuries?People are born with different intellectual, spiritual and physical capabilities. So why do we assert that all people are equal?Can the world without violence exist? If not, under what circumstances and to what kind of violence does man have a right? Wherein lies the origin of this right?Where is the root of our morality? Why do our moral values change over time? Do absolute moral values exist?Why has Man, on the whole, never observed (or perhaps is incapable of observing) a set of various religious commandments? Should we observe them? Are they the decree of God?By which “commandments” do we really live our lives and is it possible to formulate them in such a way that we could realistically observe them?What is Good? And what is Evil? Is there a simple criterion by which one may distinguish Good from Evil?In which direction is humanity evolving and is it governed by some universal law?Is there any meaning to life?Is it possible to give a clear and straightforward answer to all these questions?
It is, in fact, possible!
“The Last Faith: a book by an atheist believer” provides a clear and scientifically elegant answer to all the questions listed above. The answer which will cause the reader to reconsider many established moral principles and notions about the world around us. The answer which will help the reader to understand the nature of human actions, dilemmas, dramas and passions, in their true light. The answer which will elucidate the current stage in the development of human civilization and offer unexpected predictions for its future.“The Last Faith: a book by an atheist believer” is aimed at a wide audience and does not require any specialized knowledge. The author’s thoughts and reflections are presented here in the form of a fictional conversation with God which unfolds over the course of just two hundred pages. The author (Ph.D. in Physics and Mathematics) gives concise and clearly expressed explanations and evidence for his ideas. He cites abundant examples from the world around us which are drawn from his extensive travels through Russia, America, Europe, Africa and Central Asia.All this makes for an accessible and enjoyable read.

These Violent Delights by Victoria Namkung 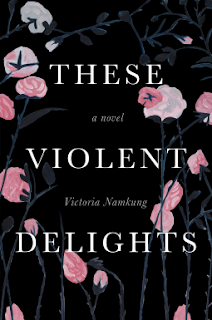 At Windemere School for Girls, one of America’s elite private schools, Dr. Gregory Copeland is the beloved chair of the English Department. A married father with a penchant for romantic poetry—and impressionable teenage girls—he operates in plain sight for years, until one of his former students goes public with allegations of inappropriate conduct. With the help of an investigative journalist, and two additional Windemere alumnae who had relationships with Copeland as students, the unlikely quartet unites to take him down.
Set in modern-day Los Angeles, These Violent Delights is a literary exploration of the unyielding pressures and vulnerabilities that so many women and girls experience, and analyses the ways in which our institutions and families fail to protect or defend us. A suspenseful and nuanced story told from multiple points of view, the novel examines themes of sexuality, trauma, revenge, and the American myth of liberty and justice for all.
Victoria Namkung’s journalism and essays have appeared in The Washington Post, Los Angeles Times, NBC News, and VICE, among other publications. She is the author of the romantic thriller, The Things We Tell Ourselves, and a contributor to the anthology, Asian American Youth: Culture, Identity, and Ethnicity. Victoria has taught courses at UCLA, UCSB, and 826LA, and resides in Los Angeles.

I can't wait to read and review these.  If you like this post have a look at all my book lists.

Happy Reading!
Amy B Crowe Bill Franks Caught in a Cycle Hayoung Yim I Need to Tell You Something Karmak Bagisbayev The Girl Who Said Sorry The Last Faith These Violent Delights Victoria Namkung