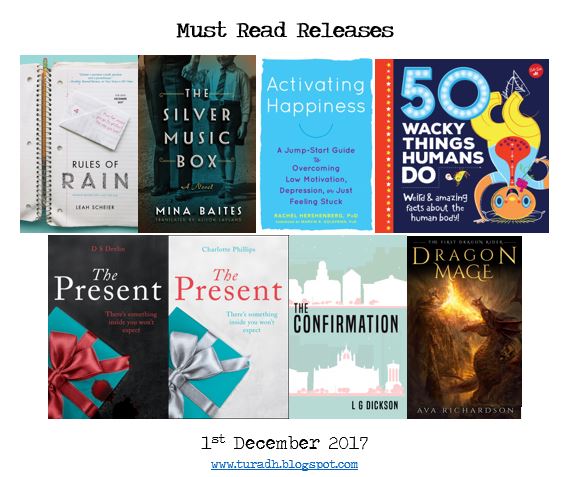 Happy book birthday to the following books which I can't wait to read - my to be read pile is getting longer by the second!

Rules of Rain by Leah Scheier 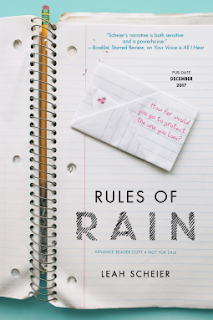 How far would you go to protect the ones you love?
Rain has taken care of Ethan all of their lives. Before she even knew what autism meant, she was her twin brother’s connection to the world around him. Each day with Ethan is unvarying and predictable, and Rain takes comfort in being the one who holds their family together. It’s nice to be needed—to be the centre of someone’s world. If only her long-time crush, Liam, would notice her too...
Then one night, her life is upended by a mistake she can’t undo. Suddenly Rain’s new romance begins to unravel along with her carefully constructed rules. Rain isn’t used to asking for help—and certainly not from Ethan. But the brother she’s always protected is the only one who can help her. And letting go of the past may be the only way for Rain to hold onto her relationships that matter most. 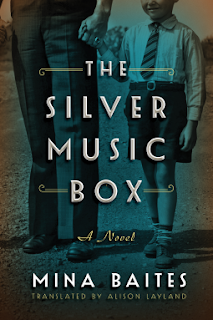 A captivating cross-generational novel from German author Mina Baites about a Jewish family divided by World War II and an inheritance with the power to bring them back together.
1914. For Paul, with love. Jewish silversmith Johann Blumenthal engraved those words on his most exquisite creation, a singing filigree bird inside a tiny ornamented box. He crafted this treasure for his young son before leaving to fight in a terrible war to honour his beloved country—a country that would soon turn against his own family.
A half century later, Londoner Lilian Morrison inherits the box after the death of her parents. Though the silver is tarnished and dented, this much-loved treasure is also a link to an astonishing past. With the keepsake is a letter from Lilian’s mother, telling her daughter for the first time that she was adopted. Too young to remember, Lilian was rescued from a Germany in the grips of the Holocaust. Now only she can trace what happened to a family who scattered to the reaches of the world, a family forced to choose between their heritage and their dreams for the future. 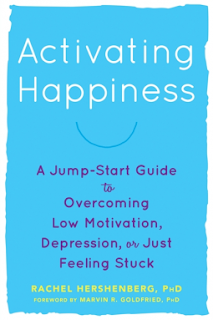 It's not just big choices that can radically change our lives-sometimes it's the small ones. Activating Happiness offers powerful, evidence-based strategies to help you conquer low motivation, nix negative moods, and defeat depression by actively making positive choices in small, everyday moments.
If you have depression or just suffer from low mood and lack of motivation, you know that your life isn't going to change with one grand, sweeping gesture. But you can make important decisions every day-whether it's getting off the couch and going for a walk, signing up for a course in pottery or screenwriting, or just setting aside some time to meet and chat with a good friend over coffee. These little things won't change your life all at once. But over time, they will shape the way you live and see the world and keep you on a path to wellness.
In Activating Happiness, you'll find solid strategies based in behavioural activation and acceptance and commitment therapy (ACT) to help you break the cycle of avoidance, guilt, shame, and hopelessness that can take hold when you're feeling your lowest. Using this guide, you'll find little, doable ways to "show up" to your life, get the ball rolling, and start really feeling better, instead of just reassuring others. You'll learn to set healthy goals for your body like eating and sleeping well, as well as healthy goals for your mind. Most importantly, you'll discover how to view your life through the lens of your own deepest values, which will spark a commitment to real, lasting change.
The best thing about change is that you can start anywhere. By building a life-moment by moment-of rewarding behaviours that correspond to your values, you have the recipe for getting and staying well at your fingertips. This book will guide your way. 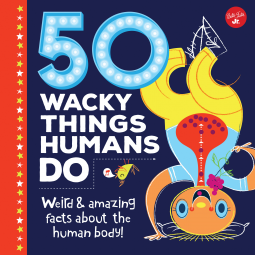 Did you know that a sneeze moves at about 100 mph? Or that an average person is 7.5 heads tall? Did you know that humans share 99.9 percent of their DNA with each other?
50 Wacky Things Humans Do describes 50 unbelievably weird things about the human body that seem too crazy to be true, but are! Whether amazing, silly, or just plain gross, these peculiar and fascinating things about the human body will surprise and delight fun-fact lovers of all ages.

The Present by D S Devlin 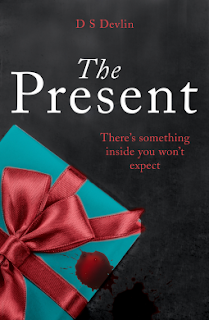 12 deadly gifts, one killer on a Christmas countdown… On the first day of Christmas my true love gave to me… this is one deadly Christmas that you can’t forget.
The police are baffled by the ‘Santa’ killer, who sends his intended victims gruesome presents based on the twelve days of Christmas. When a young journalist receives a mutilated bird in the post, it’s a race against time to find the killer…

The Present by Charlotte Phillips 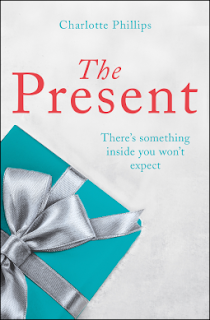 12 magical gifts, one love that lasts a lifetime…
On the first day of Christmas my true love gave to me … one romantic Christmas you won’t forget.
When helping to clear out her beloved grandmother’s home, Lucy Jackson discovers twelve beautiful Christmas decorations hidden in the loft. As she discovers their heart-breaking story, a touching romance develops with the handsome gardener next door.

The Confirmation by L G Dickson 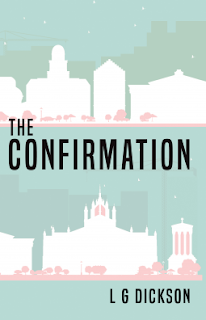 It is 1990. Annie is a 31 year old Scottish lawyer living in Edinburgh’s New Town and at the centre of a tight group of friends: Kirsty, from Galloway farming stock and her husband Duncan, a bordering alcoholic lawyer, who never quite measures up in his father’s eyes, and Virginia and her husband Gordon, living a bohemian life in fashionable Stockbridge with a passion for sustainable living.
Annie’s father left the family home when she was a teenager, leaving Annie feeling abandoned and unwanted. As a result she spurns any opportunity for love and resists change to her safe and ordered life. At the same time she remains fearful that she could end up like her increasingly embittered mother.
When she meets her friends’ new neighbour, James, she finds him attractive but is fearful of commitment. He is 10 years older, a slightly irascible and frustrated senior civil servant with a passion for political change. Annie begins to understand his convictions in particular the importance of land, connectivity and a feeling of place. His unfolding caring and compassionate nature begins to tear down her defences and they fall in love.
But will Annie’s desire to keep her life ordered, and stable, end up sabotaging her happiness? Over the course of the next fifteen years, she will confront a series of challenges and find out what really matters. 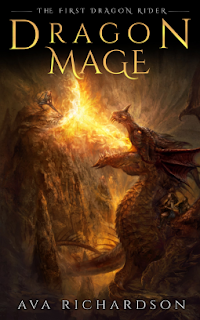 To unite a fractured kingdom, a reluctant hero must rise.
Neill has been charged with the impossible task of bringing the Middle Kingdom together to fight the burgeoning threat posed by the rogue sorcerer Ansall and his dragon Zaxx. Neill longs for his old life as a mere foot soldier for his father responsible only for his family’s wellbeing, and is unsure about whether he is fit to lead an army. Neill’s contemplative nature forces him to consider every aspect of the problems he faces, but often makes it difficult for him to take action—and failure to act could mean the deaths of many.
Now, echoing Char and their dragon Paxala, his duty beckons him to lead the Dragon Riders—and take his rightful place as king—but with doubt and new enemies creeping in, his resolve will be tested. When the mysterious Dark Prince arrives with an offer, Neill will have to make a decision that could change the course of history.
As Ansall grows in strength by harnessing black magic, Neill must choose between his own desires and the welfare of the entire kingdom. Can he rise to the challenge before it’s too late?

I'm really looking forward to reading all of these books, watch out for my reviews.

If you liked this post have a look at all my Reading Lists.