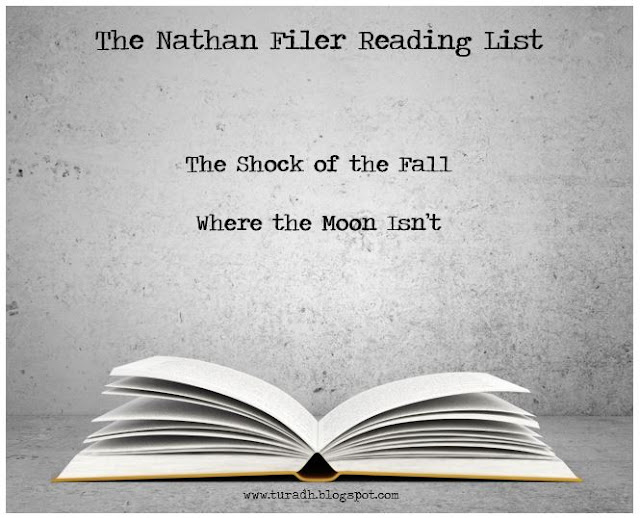 I've managed to tick one of these books of so far, have a look at my review of The Shock of the Fall.

About the Author
(taken from www.nathanfiler.co.uk) 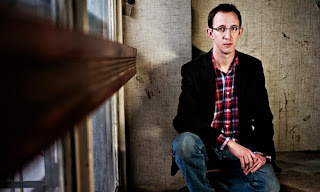 Nathan Filer originally trained and worked as a mental health nurse, then later as a mental health researcher at the University of Bristol.
He began his writing career as a stand-up poet, featuring regularly at many of the UK’s leading poetry nights and festivals, including Latitude, Port Eliot, Shambala, Big Chill, Glastonbury and the Cheltenham Literature Festival. His poems have been broadcast on BBC radio 4’s Bespoken Word and Wondermentalist Cabaret, and BBC radio 7’s Poetry Stand-up. In 2005 his poetry short film Oedipus won the BBC Best New Filmaker Award and Berlin’s Zebra Poetry Film Award.
His debut novel The Shock of the Fall – which describes the life of a young man with schizophrenia – was published in 2013 to wide critical acclaim. It won The Costa Book of the Year, The Betty Trask Prize, The National Book Award for Popular Fiction and The Writers’ Guild Award for Best First Novel. It is a Sunday Times Bestseller and has been translated into thirty languages. The English language editions alone have sold over half a million copies.
He has contributed essays, feature articles and reviews to The New York Times, The Guardian, The Independent, Daily Mail and Metro, amongst others. And he has been a panelist on the BBC radio 2 Book Club; BBC radio 3’s Free Thinking; and BBC radio 4’s Open Book, Front Row, All in the Mind and the Today Programme.
A critic of government cuts to NHS mental health care services, in 2014 Filer was named a Nursing Times Nursing Leader for influencing the way the public thinks about mental illness and mental health nursing. In 2015 he was awarded the Honorary Degree of Master of Letters from the University of the West of England and an Honorary Doctorate in Liberal Arts from Abertay University. These degrees were conferred in recognition of his role in raising awareness through literature and his commitment to mental healthcare.
He lives in Bristol with his wife and two children, and lectures in Creative Writing at Bath Spa University.

Find out more about Nathan at:
Goodreads