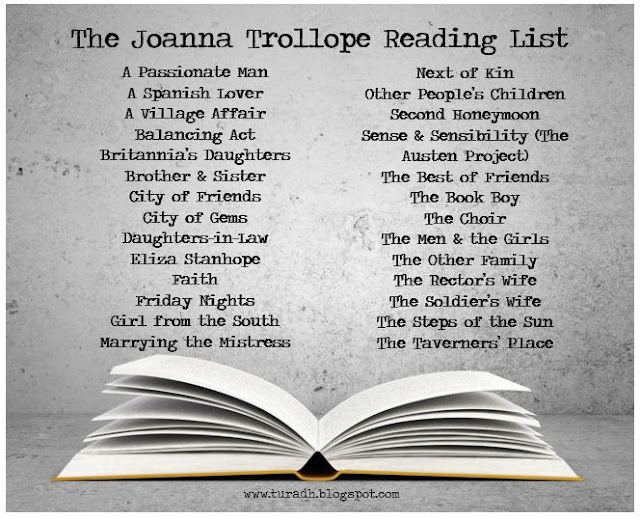 Here is my Joanna Trollope Reading List.  So far I've only read one of these books, have a look at my review for Sense & Sensibility.


About the Author
(taken from Goodreads) 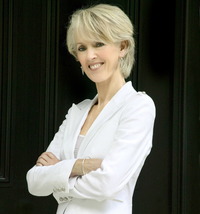 Joanna Trollope was born on 9 December 1943 in her grandfather's rectory in Minchinhampton, Gloucestershire, England, daughter of Rosemary Hodson and Arthur George Cecil Trollope. She is the eldest of three siblings. She is a fifth-generation niece of the Victorian novelist Anthony Trollope and is a cousin of the writer and broadcaster James Trollope. She was educated at Reigate County School for Girls followed by St Hugh's College, Oxford. On 14 May 1966, she married the banker David Roger William Potter, they had two daughters, Antonia and Louise, and on 1983 they divorced. In 1985, she remarried to the television dramatist Ian Curteis, and became the stepmother of two stepsons; they divorced in 2001. Today, she is a grandmother and lives on her own in London.

From 1965 to 1967, she worked at the Foreign Office. From 1967 to 1979, she was employed in a number of teaching posts before she became a writer full-time in 1980. Her novel Parson Harding's Daughter won in 1980 the Romantic Novel of the Year Award by the Romantic Novelists' Association