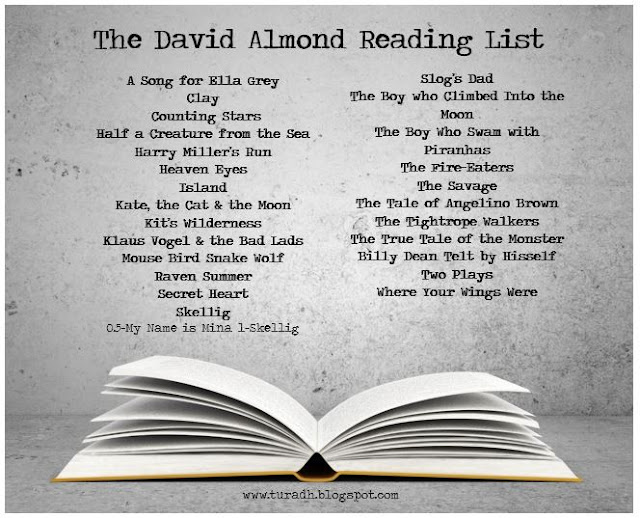 Here is my David Almond Reading List - so far I've only read one of these books but LOVED it so can't wait to read more.  Have a look at my review for A Song for Ella Grey.


About the Author:
(taken from Goodreads) 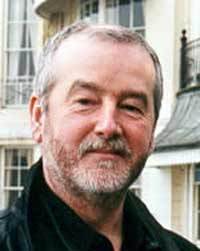 David Almond is a British children's writer who has penned several novels, each one to critical acclaim. He was born and raised in Felling and Newcastle in post-industrial North East England and educated at the University of East Anglia. When he was young, he found his love of writing when some short stories of his were published in a local magazine. He started out as an author of adult fiction before finding his niche writing literature for young adults.

His works are highly philosophical and thus appeal to children and adults alike. Recurring themes throughout include the complex relationships between apparent opposites (such as life and death, reality and fiction, past and future); forms of education; growing up and adapting to change; the nature of 'the self'. He has been greatly influenced by the works of the English Romantic poet William Blake.

He is an author often suggested on National Curriculum reading lists in the United Kingdom and has attracted the attention of academics who specialise in the study of children's literature.

Almond currently lives with his family in Northumberland, England.