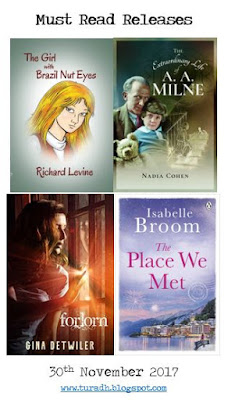 Happy Book Birthday to the following titles which I have just had to add to my To Be Read pile:

The Girl with Brazil-Nut Eyes by Richard Levine 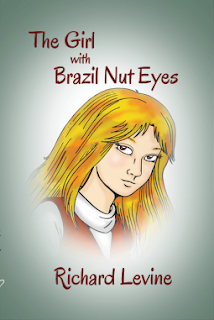 Fourteen-year-old “Bugboy” is baffled when beautiful, Brazil-nut-eyed Ashleigh sits at the school lunchroom table he shares with his other “Defective” friends. Is this the first salvo in a mischievous prank orchestrated by the “Normals,” or is it serendipitous, as Bugboy, a serial crusher, is currently crushing on Ashleigh?
Serendipitous perhaps, but not accidental. As their friendship blossoms, Bugboy discovers that Ashleigh is not only beautiful, brilliant, and in possession of rare physical grace, but also, as fragile a person as he has ever known. Getting to know her is a fantasy come true, but behind the fantasy, a grim reality lurks, readying to punch back.

The Extraordinary Life of AA Milne by Nadia Cohen 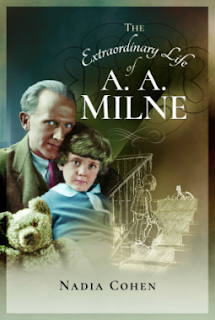 VERY few authors can ever dream of coming close to the legacy left by A A Milne. He remains a household name in almost every corner of the globe thanks to a phenomenally popular collection of whimsical children’s stories about a boy named Christopher Robin and his beloved teddy bear.
Generations of children have grown up loving the tales of Winnie The Pooh and his friends from the Hundred Acre Wood, which are still among the most popular – and profitable – fictional characters in the world.
But while the adorable poems and stories have brought unparalleled joy to millions, Alan Alexander Milne, himself was never able to enjoy the fame and fortune they brought him. He died deeply resenting Pooh’s success, as far as he was concerned those stories were just such a tiny fraction of his literary work, but nothing else he produced came close in terms of public appreciation.
Milne died still unable to reconcile the fact that no matter what else he wrote, regardless of all the plays and stories for adults he had published, he would always be remembered as a children’s storyteller.
And his son, widely hailed as the inspiration for the adorable character of Christopher Robin, could never accept his unique place in literary history either. He had barely reached his teens before he grew to loathe his famous father, who he bitterly accused of exploiting his early years.
The Extraordinary Life of A A Milne delves deep into the life of Milne and sheds light on new places, and tells stories untold. 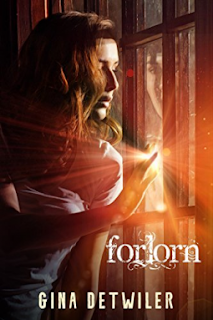 "They're closer than you think." A group of teenagers take on the demonic world in order to free one of their own from an eternal curse.
Bad luck seems to follow Grace Fortune wherever she goes. She was orphaned at a young age, and her musical talent got her accepted to a prestigious school for the arts, where she was caught in the middle of horrific school shooting that nearly takes her life.
But then she meets gorgeous loner, Jared Lorn, and falls madly in love. There is only one problem. Jared is not exactly human. He's a Nephilim, an angel/human hybrid, descended from a cursed line of fallen angels known as the Watchers.
Having a half-demon boyfriend who's under a curse from God can be tough enough. But then Grace decides that she wants to help free Jared from the curse by killing his angel father, Azazel, who is bound up in the Abyss, where he will be judged at the End of Days.
She has a powerful ally in her guardian angel Ariel, who has given her a weapon: a Song that can tame demons. With a crew of loyal friends, Grace and Jared will travel to the ends of the earth, battling the forces of heaven and hell that seek to defeat them. Yet as their love grows stronger, they will find themselves in danger of succumbing to the very corruption that caused the Watchers' downfall.
FORLORN is told from both earthly and heavenly perspectives, and attempts to portray the supernatural world according to biblical standards.

The Place We Met by Isabelle Broom 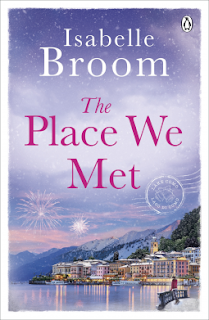 Lake Como, Italy, New Year's Eve. The perfect place to fall in love? Or the perfect place for everything to fall apart? 'Utterly romantic' Adele Parks, bestselling author of The Image of You Lucy may have suffered her fair share of bad men, but now she has Pete. Finally, a man worth sharing her favourite place with, Lake Como. That's if she can put mysterious phone calls and glamorous ex-girlfriends out of her mind. Taggie is rushed off her feet, but distraction is exactly what she needs to forget why she fled England and the sadness she left behind. She certainly doesn't have time for infuriating stranger Marco. A man is the last thing she needs right now. Lucy and Taggie might not know it, but their lives are about to collide. The New Year might begin with fireworks - but how will it end?

I'm excited to read all of these books - watch out for the reviews!

Have a look at my page listing all my Reading Lists.

The Winnie the Pooh Etsy Edit 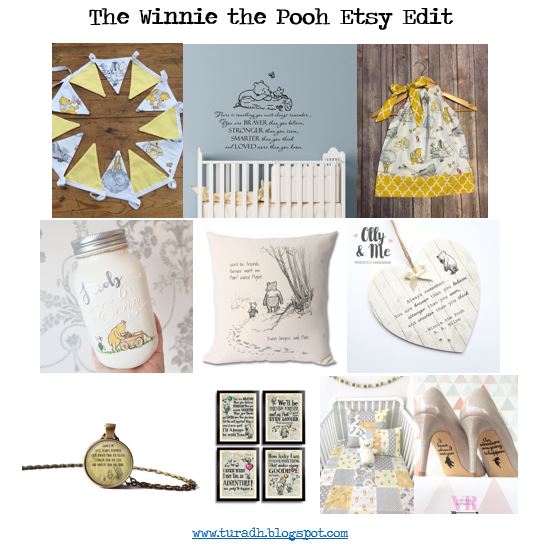 With all the buzz surrounding the release of the Christopher Robin movie (which we still haven't seen yet :-/) I thought it was about time for a Winnie the Pooh edit, because, let's face it, who doesn't love Winnie the Pooh? Braver Than You Believe Wall Decal from Fab Wall Decals Approximate Item Sizes: 14" Tall x 17" Wide 18" Tall x 22" Wide 22" Tall x 27" Wide 30" Tall x 36" Wide 35" Tall x 43" Wide Don't see the size you need? Send a message for your custom needs and they will create a listing just for you. Picture may not reflect true size. Choice of colours available. All decals are removable (but not reusable!) Easy to follow application instructions and an application tool are included in every order. High-quality German Vinyl from £12.98 Wooden Heart Quote Plaque from Olly & Me Designs Wooden Winnie the Pooh quote plaque - Always remember you are braver than you believe... This is
Read more

What I Learned - I Capture the Castle by Dodie Smith 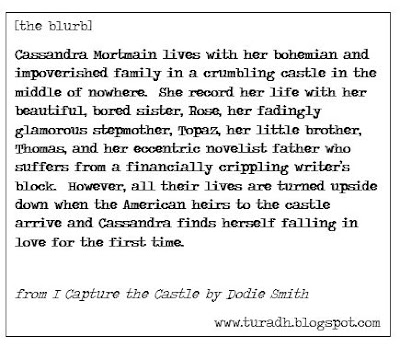 I Capture the Castle by Dodie Smith is a classic I have had in my "to be read" pile for a long time, and I am so glad that I read it.  its is absolutely beautiful! What I learned:  I take from this not to pre-empt what you think is going to happen because it might just dampen down your enjoyment of the things that do actually happen...the possibilities in your life are endless so why live out what you think might be the best scenario in your mind first, when it won't keep your mind open to those possibilities, and there is every chance what does happen could be a whole lot better than anything you could have imagined!  Couldn't agree more - I ALWAYS bask first - and for as long as possible! Again - true...makes you believe in something much bigger than yourself.  Life should ALWAYS be too exciting to sit still for long!  Get out there and live it!  Grab every single opportunity that comes your way and don't ever miss out
Read more 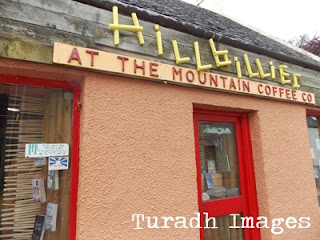 This book shop in Gairloch is a real gem that we visit to buy at least one book from every year without fail!   Hillbillies Bookstore is such a great find and a must visit.  I don't know who choices their books, but I think I would be friends with whoever it is because whenever I go in I just would like to buy everything!!!! Love their fabulous quirky signage... Gorgeous windows... look at all these fantabulous books...too much amazing choice... pretty cards too... The book shop is attached to this lovely coffee shop...  loving the old number plates... and how cool are the coffee beans in the box frame - fab idea... Add this to your must go list!!! You can purchase any of my images by emailing turadhimages@hotmail.com          £10 for digital image without branding...can be used anywhere as long as Turadh Images credited         £2.50 for A6 greetings card (ph
Read more