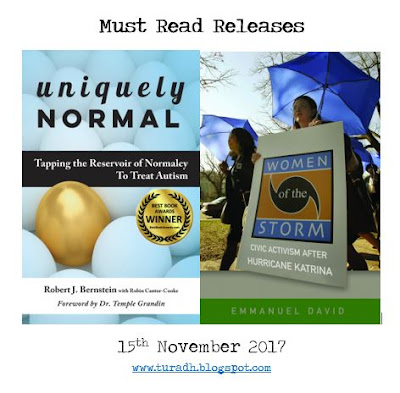 Happy Book Birthday to the following 2 books which have been added to my To Be Read pile: 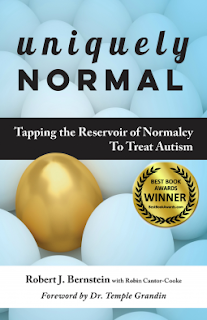 Author Robert J. Bernstein has found a different approach in helping people of all ages with ASD. Based on cognitive thinking, the goal is for people with ASD to be able to live in the world and connect with the people in it as themselves. Bernstein believes that whatever he does therapeutically must be on the individual’s terms—he or she must lead. Therapy examples are categorized by age groups, and demonstrate people with autism’s abilities to express their unique humanity, and engage more fully in the human interactions that give life meaning and make it worth the effort of getting out of bed every day. 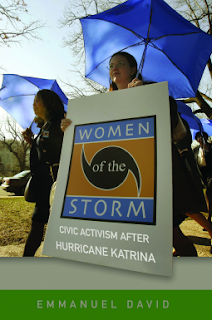 Hurricanes Katrina and Rita made landfall less than four weeks apart in 2005. Months later, much of New Orleans and the Gulf Coast remained in tatters. As the region faded from national headlines, its residents faced a dire future. Emmanuel David chronicles how one activist group confronted the crisis. Founded by a few elite white women in New Orleans, Women of the Storm quickly formed a broad coalition that sought to represent Louisiana's diverse population.
From its early lobbying of Congress through its response to the 2010 BP oil spill, David shows how members' actions were shaped by gender, race, class, and geography. Drawing on in-depth interviews, ethnographic observation, and archival research, David tells a compelling story of collective action and personal transformation that expands our understanding of the aftermath of an historic American catastrophe.

I'm excited to read both of these books - watch out for the full reviews!