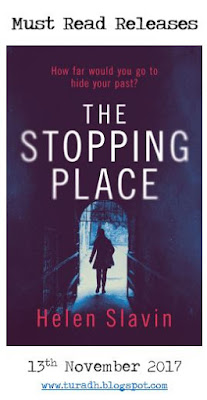 Happy Book Birthday to the following book today which has been added to my To Be Read pile:

The Stopping Place by Helen Slavin 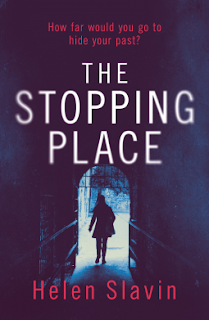 At the door she was hemmed in by his hands. On her face, in her hair. At her neck. I had seen what he had not; I had seen her flinch.

Ruby Robinson drifts through life stacking shelves at the library, quiet, solitary, invisible.
Invisibility lends itself to collecting secrets, though, and Ruby has always valued the importance of knowledge. She watches the world go by from her place amongst the shelves. The bored students, the domestic dramas, and her colleague Martha- vivacious, wild, enchanting.

Drawn in by Martha’s light, Ruby finds herself watching, observing… which is why she notices the cracks in Martha’s shiny new relationship before anyone else.

Forced to intervene, Ruby is drawn out of the shadows, but all actions have consequences, particularly for someone with a past she’d rather forget.

Ruby spends her days among books. She should have known that every story has a history and that secrets don’t stay hidden for long…

I'm excited to read this book - watch out for the reviews!
Happy reading!