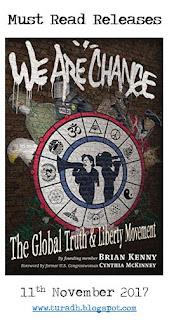 Happy Book Birthday to the following book which has been added to my To Be Read pile!


We are CHANGE: The Global Truth & Liberty Movement by Brian Kenny 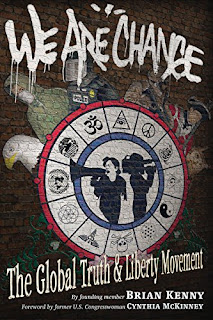 What started as a small New York City youth group quickly became one of the most prominent grassroots activist/citizen journalist organizations, with over 260 chapters worldwide. We Are CHANGE emerged from the ashes of a post-9/11 New York and would eventually change the world in a historic effort of epic proportions. The group became a leading force within key political movements, including the 9/11 Truth movement, the anti-war movement, the liberty/patriot movement, and Occupy Wall Street, and confronted some of the most powerful war criminals, propagandists and institutions, on their deepest, darkest lies and secrets. Featuring the insider account of a founding member, keynote speeches and important dialogue from 21st century thought-leaders, and much more, We Are CHANGE exposes covert reconnaissance operations against peaceful activist groups, explores pressing philosophical questions, and shares tales of trials and tribulations, as well as brotherhood and camaraderie.

I'm excited to read this book - watch out for my review!