We spotted a sign for the Talisker Distillery at about 4.30pm so thought it would be rude not to stop for a wander! 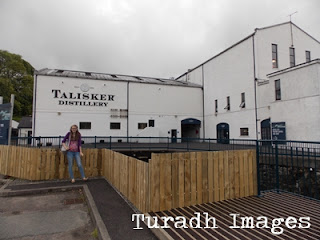 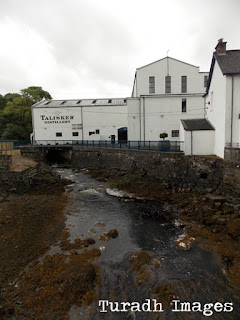 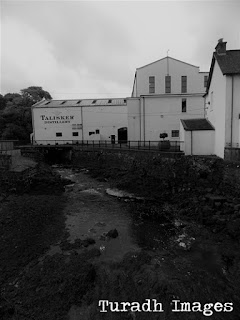 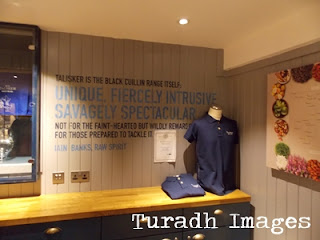 So, not being exactly flush, and knowing how much my dad loves Talisker, we filled an empty bottle with some of the water they make the whisky from...almost the same right? 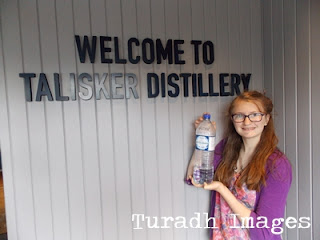 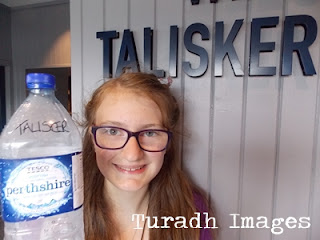 This was just a flying visit as the distillery was closing and there were more adventures to be had!

This was in the water opposite the distillery - not entirely sure what it was?  Sunken submarine? (or have I been watching too many movies?) 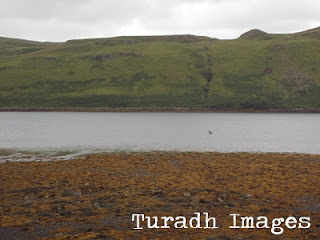 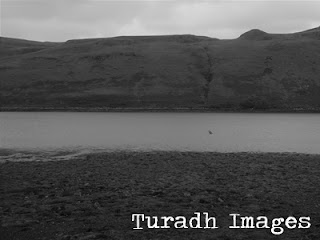 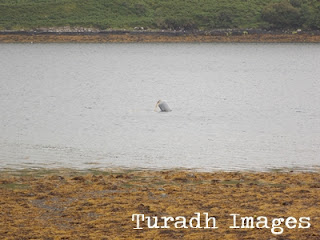 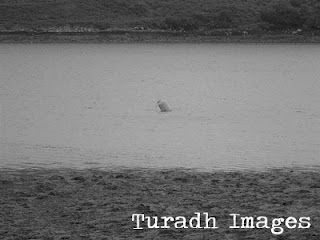 We jumped back into the van and were getting ready to head off when we got a visit from this friendly wee chappy...picture isn't the clearest as it was taken through the windscreen but we didn't want to spook him! 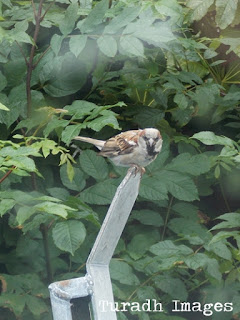 Headed off to the fairy pools, thinking the weather wasn't too bad, however this was slightly over optimistic as by the time we got there at 5.15pm it was absolutely chucking it down!  Plus we'd left it a bit late thinking it would be a bit quieter...wrong.  Place was completely mobbed. 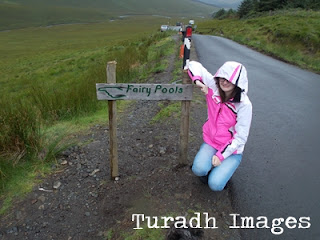 You can just about see Evie parked in this next picture... 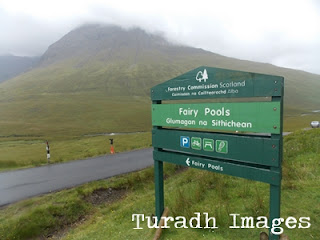 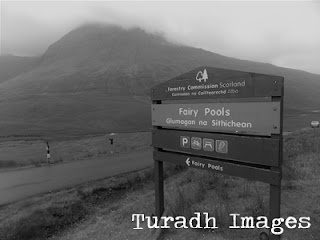 We got all waterproofed up and decided to give it ago anyway, but to be totally honest we didn't get too far at all...the dog went swimming, the water was rising over the stepping stones (Daisy was making  these look easy but I was struggling!)  We made it about half way and decided it was just getting a bit too dangerous and, unlike me, I was a bit worried about the risks in the middle of nowhere...got a few more pictures though!  We will definitely go back for a visit in better weather! 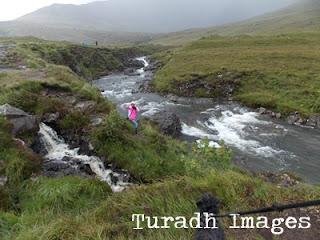 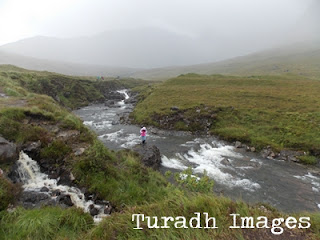 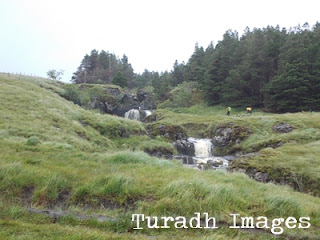 Fair to say, total wash out!  And would you believe, the sun came out on the road back up to the van!  TYPICAL!

Full changes of clothes were required as we were all absolutely drookit!!!!!!

***You can purchase any of my images by emailing turadhimages@hotmail.com
£10 for digital image without branding...can be used for commercial purposes as long as Turadh Images credited
£2.50 for A6 greetings card (photograph mounted on white linen card) (free p&p to UK)***